We need to talk about Friday the 13th cheaters 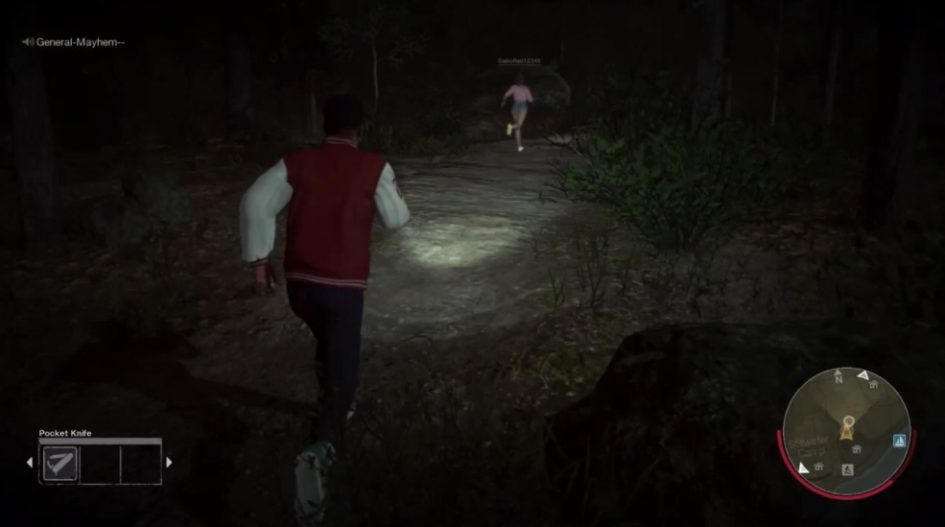 Now can I just say that this hasn’t been a big deal for me personally, however something weird happened over the weekend which got me thinking. It was strange enough to make me do a little bit of digging and low and behold I was right, I smelt a rat and the rat was real, in the form of Friday the 13th cheaters, commonly known as ‘Team Killing’.

I was casually playing a game as a survivor/camp councillor when a player playing as the character Vanessa came running up behind me. I continued to sneak along outside a house and instantly had Jason on me. He killed me straight away and it was game over for me. Now once, dead I started spectating Vanessa and would you believe it, she darted over to another player on the map, who was in a house, Jason hot on her hills… to my absolute astonishment he LEFT HER ALONE and started knocking down the door. The player inside the house fled and was swiftly chased by Vanessa (and Jason) and killed. Once again he didn’t pay any attention to Vanessa at all. This happened once more (although less obvious) which meant just Vanessa was now left on our team. She proceeded to casually sprint around looking for ways to escape. She found gas and a propeller and escaped via boat and guess what… Jason never found her again during this time. Coincidence huh? I didn’t record any of it and put it down to a bug? Luck? A one-off? A glitch where he couldn’t see her? But the more I’ve searched and the more I’ve read, I’ve realised I was a victim to cheats. They were in cahoots and I was the victim of the biggest scandal since the Great Train Robbery of ’63.

Team Killing is a very simple process. As a councillor you message the player chosen to be Jason and offer to team up with the understanding he’ll let you live. So for example, you go to Jason, you lead him to your fellow councillors and you allow him to kill them off one by one. He walks away with 7/8 kills and you walk away as a survivor, leading to tonnes of XP to both cheats. Jason obviously lacks the ability to see survivors and you as a survivor can see them clearly on your map as they’re SUPPOSED to be your teammates, so it’s a match made in heaven for cheating scumbags.

This is also works if two cheats are in a party and proceed to explain to the other where they teammates are. They both absolutely cain XP and the game is over pretty quickly.

The good news is, Gun Media and IllFonic are fully aware this is happening and although a fix remains to be seen, they are working on it. Quite how they do it I have no idea. Short of monitoring every game it’s going to be hard to prove that these Team Kill cheats are actually cheating. Xbox Live party chat is also a Microsoft/console thing, which they have no control over, so disabling party chat isn’t an option. To be fair, disabling party chat would be a disaster anyway. Myself and a friend play in party chat because we’re unsociable recluses and we’d rather work together than. It’s just out play style, so would ruin that. Plus the idea of having to playing in game chat and listen to 12 year olds screeching down the mic kinda ruins the horror illusion.
I’ve also seen people suggest turning off friendly fire, which again is a bad idea. I’ve been in a position before where it was me or another survivor getting on the boat. I took the hard but instinctive decision to shoot them down with a shotgun and went onto nearly escape myself (karma caught me in the form of Jason in the water). It made for an amazing evil narrative of betrayal by myself, which i think is absolutely key for the game to keep. Sure what I did was bad, but it wasn’t cheating, it was done purely for survival and I’m sure that player still thinks about it and agrees it was an amazing dynamic to the game.

My advice would be that if you experience this, try to grab some footage and simply post it to the official Friday the 13th Twitter page. These idiots will get banned soon enough hopefully.

Let me know if you’ve experienced anything like this and if so what do you think should be done about it?