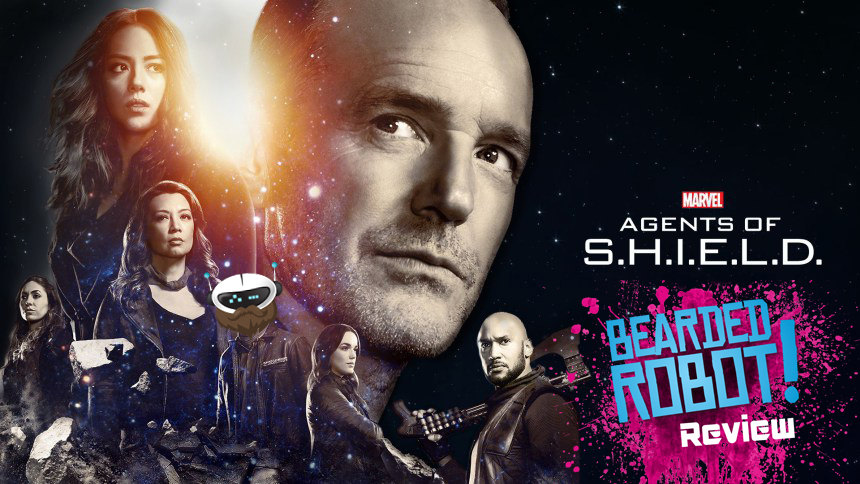 This is where I start to notice how long Bearded Robot is going; when a TV show has ANOTHER season reviewed and posted on the site. It seemed like only a few months ago when I wrote the review for season 4 of Marvel’s Agents of SHIELD, but here we are again.
This is new territory for me, as normally I give a little spill at the start of the review on my own personal history with the show, such as the highs and lows building up into the season the review is actually about, but since I have already done that with the opening to season 4 (which I am sure you have read haha – see here: http://beardedrobot.co.uk/tv-show-blogs/133/
So let’s just jump straight in…

After the fantastic end of season 4, featuring the brilliant Framework storyline, and the team mysteriously disappearing and finding themselves trapped on some strange structure in space, season 5 picks up exactly from this point!
Our heroes appear to have been transported to the future, where the Earth has been destroyed and the last dregs of humanity live enslaved by the Kree (one of the “KR” alien races in the Marvel universe) on board a space station known as the Lighthouse.
The humans live in their own little shanty society on one of the floors of the station, whilst the ruthless and sadistic overlord; known as Kasius, live in riches high above, however, he wants to make his father proud and return back home.
Meanwhile some of the humans are planning some kind of coup against their alien masters, whilst others are working with them, or trying to make their lives better in this hell-hold. 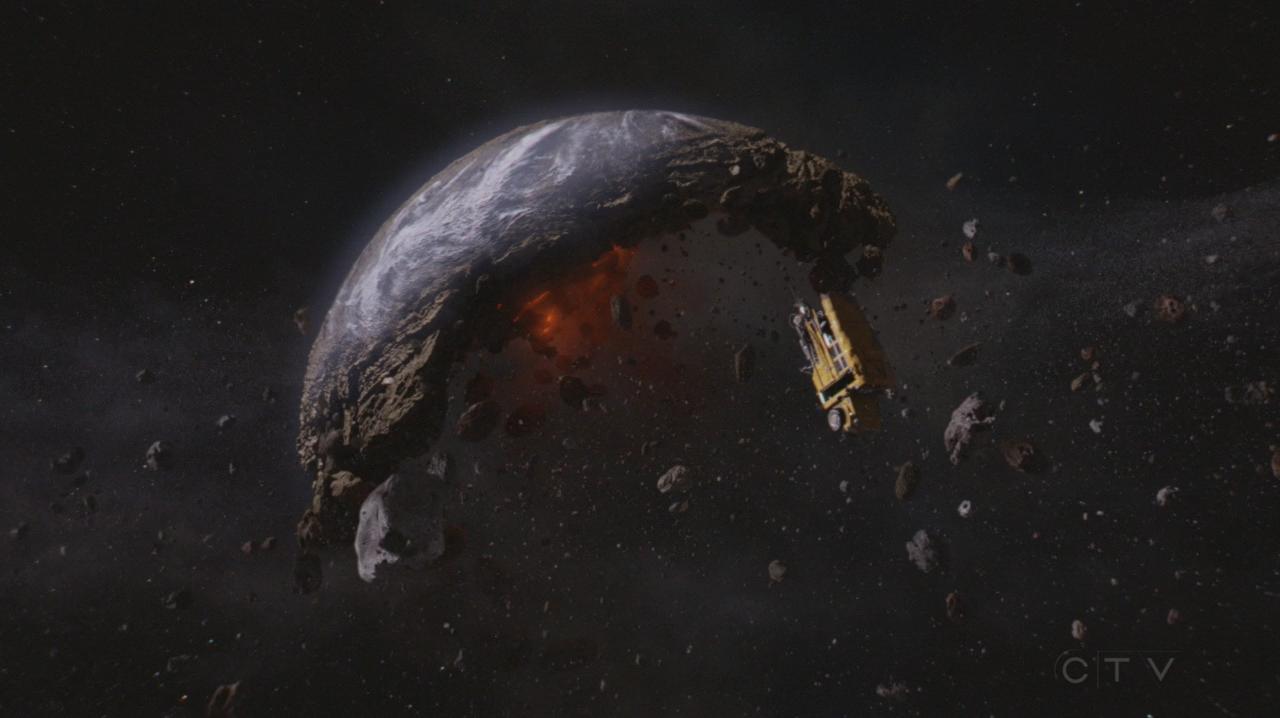 Coulson and co find themselves stuck right in the middle of it all. Simmons is forced to work as a consort of Kasius, so we get to see that inner workings right at the top of the food chain. Mac, Yo-yo and Coulson are stuck in the shanty human area of the station, so we can experience the enslaved and how their day to day lives of labour, as well as some shady hunger games/battle royal – esc that their leaders force them to do to thin out the population. And we learn that Daisy Johnson (aka Quake) was allegedly responsible for destruction of Earth – following a massive… Quake! And she works alongside the new cast member; Deke, who is working on trying to escape from the Lighthouse, but we can never truly trust his motivations or his actions.
Also, Fitz was the one member of the team who was not taken into the future, so we are treated with an episode back in the regular time where he tries to discover what happened to his friends (with the help of Hunter, returning from season 3), and eventually meets Enoch, who is some ancient alien that helps Fitz freeze himself and sort out his life at the other end as some badass alien bounty hunter (in fact this episode was important as it, without even us knowing, laid some of the ground work for the season half of the season, which I will get to in a mo). 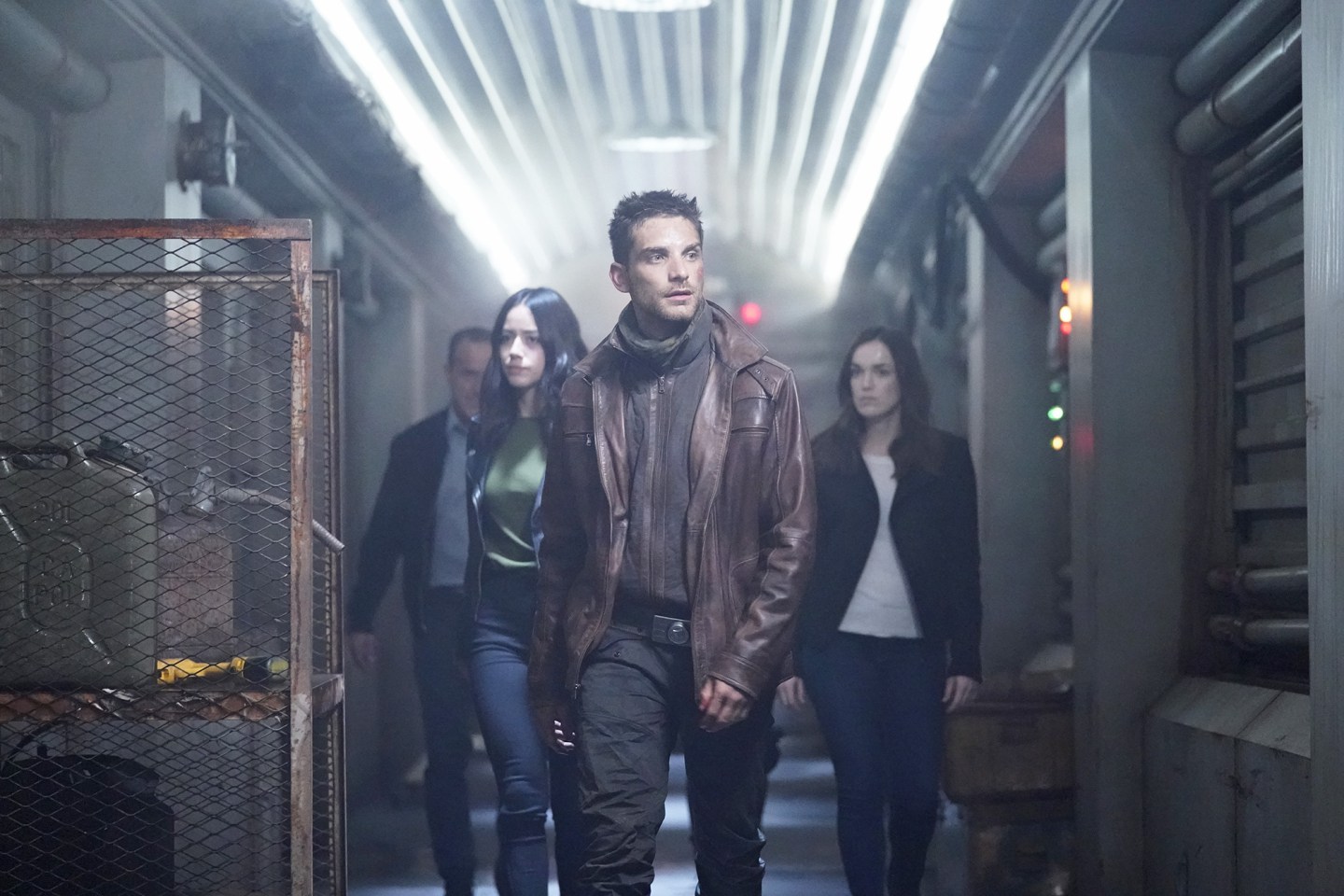 It is really great science fiction and I personally felt that this was a great path forward for the show. We had alien beasts, that roam wild on the remaining surface of the Earth (which was also where the overlords send humans who are no longer complying with the Lighthouse’s rules). We have one on one tournament style battles between characters like Johnson and Mei against bulk up Kree. As well as the rest of the team trying to remain undetected and assist in the downfall of Kaisus and the freedom of the remaining human race.
I just thought that all of this was fantastic, and I was really really into the first half of the season. 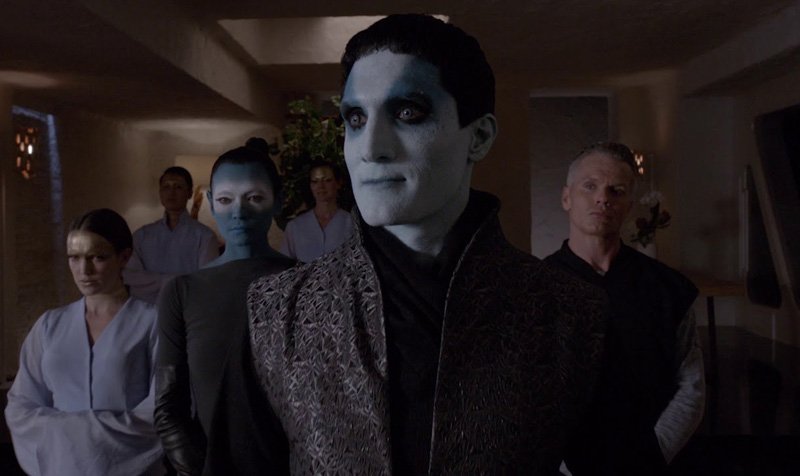 Now given the way I have lead this on, you can clearly see where this is going.
The thing with most shows today (other than the 10/10 ones such as Game of Thrones or Westworld) is that they have to have a midseason break, and this creates effectively two separate seasons. Agents of SHIELD have always done this and both parts of the season feel like two completely different stories, although they are heavily linked and related to one another, but the same can be said for any season of this show is related to another.
If I was reviewing the first half of the season, I would have given it a five, as I did thoroughly enjoy it. As I said, it was exactly where I felt the show needed to go, as it must be difficult for the writers as they need to keep adjusting to whatever is occurring in the MCU, and sometimes they have little links to it, and other times the changes are so drastic that they need to adjust the whole storyline to do so, so having the show fast forward into space, and making it full on science fiction, was the right move. 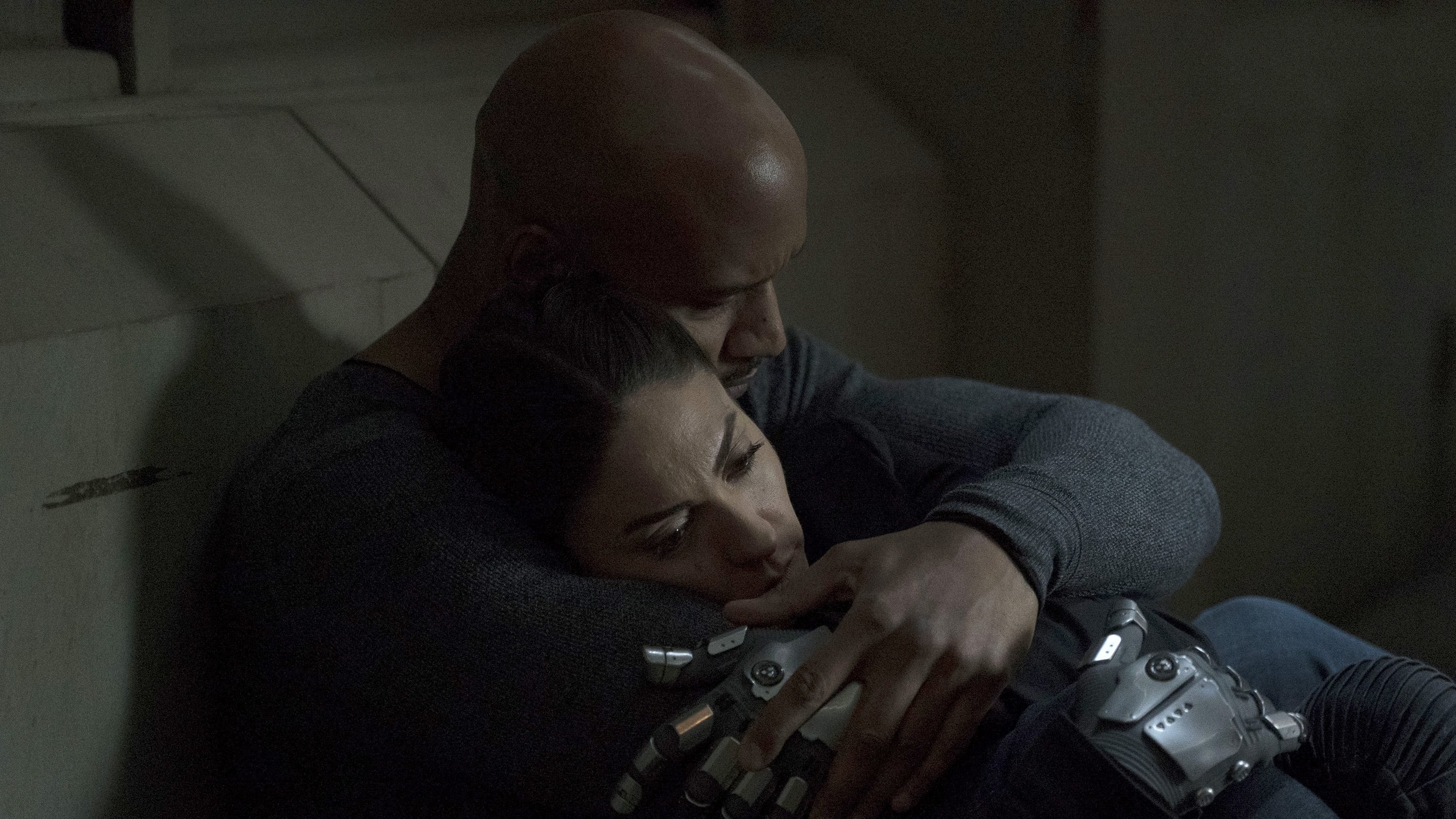 However… the second half of the season saw the characters return to Earth only a month of so after they first left, now armed with the knowledge that Daisy will apparently cause its destruction at some point in the next few months (or whatever).
It is here that they then bring back the Hydra storyline, which I understand is SHIELD’s greatest threat, but they have been done to death in this show. Even in the last season when they reappeared in the Framework, was a little bit pushing it, but I allowed it as it was more of a “What-if”, but having Hydra once again the antagonists just felt like they were flogging a dead horse.
We had a lot of recycled stuff reappear, which I am sure was intentional, and it worked with a lot of stuff, such as linking some disease to Garrett (Bill Paxton’s character in season 1) as well as some of the smaller storylines in season one, leading up to the inevitable creation of the Graviton (who was loosely hinted at back in the day) and making him a character we have known for pretty much the entire show, this all really worked well.
But things like the reusing of that Russian mercenary from season 4 (who, granted, we did not really get a true closure to his story), and a few other characters and factions that we just wish would fuck off already) felt like the writers were really scrapping the bottom of the barrel to make this second half more enjoyable and live up to the hype that was created in the first half.
All of this, plus the comic relief characters like Deke trying to constantly be funny, self-contained episodes that echoed the first half of season 1 (which was where Agents of SHIELD gets its terrible reputation from), and a few storylines that didn’t really go anywhere (such as Ruby’s plot), really felt like the show had taken a step back.
The first half was such a good idea to push this the show forward, that this ‘returning to the status-quo’ felt like it was just setting the show up again to continue business as normal for the next season. 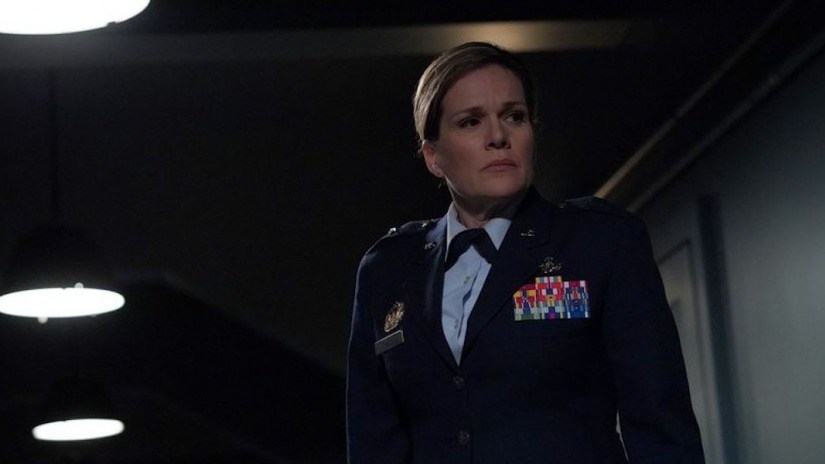 Personally I believe that every season should be written as if it was its last, and if it gets another season created, then just go from there. I do not like the idea that it is written with another season in mind, because if it does get cancelled then it will annoy the fans and leave the story left without a true ending.
Having said that, this season did feel like it could easily be the end. The final shots do not hint at what the next season is, which is good as it is a clean pallet, and instead we are left wondering if certain characters died, or if they would ever find what they were looking for right at the end.

If this was the final season of SHIELD, then the links back to the previous seasons was a good way to do it. Especially going all the way back to season 1.
Even though I may have slagged off a lot of the season half, it was still enjoyable for the most part and built up to a great ending for the season. Once the Hydra storyline was gone and dusted, and we felt closer to the catastrophic event that caused the destruction of Earth, hinted at the beginning of the first half, then the show manages to pull itself back up onto its feet.
Whilst the first half was new a unique territory that the show had done fantastically, the second half felt a return to the norm, even though it was good for the most part and felt in-line with the rest of the previous seasons, the first half was boarding on boosting the show up the list of fine viewing.
Agents of SHIELD always do this, as there have been some amazing storylines throughout the series, such as the Garrett and Ward one of the second half of season 1, or the Framework storyline from last year, but in between they do tend to clog it down with a lot of filler, or storylines that never reach the same level of quality as others. 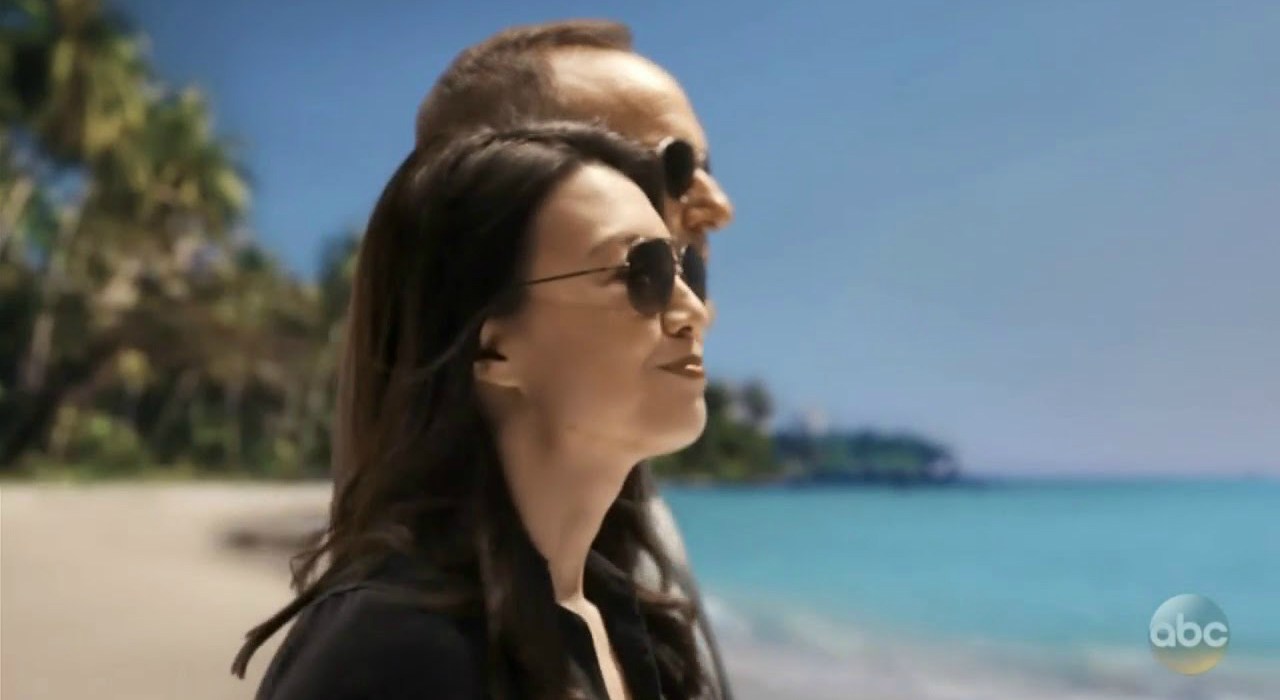 For me, if this was the last season of the show, then it ended reasonably well, but not as good as it could have been. If it chooses to continue, then I am interested to see where they go and hope that they push the boat out once again, similar to how they did at the end of the last season.