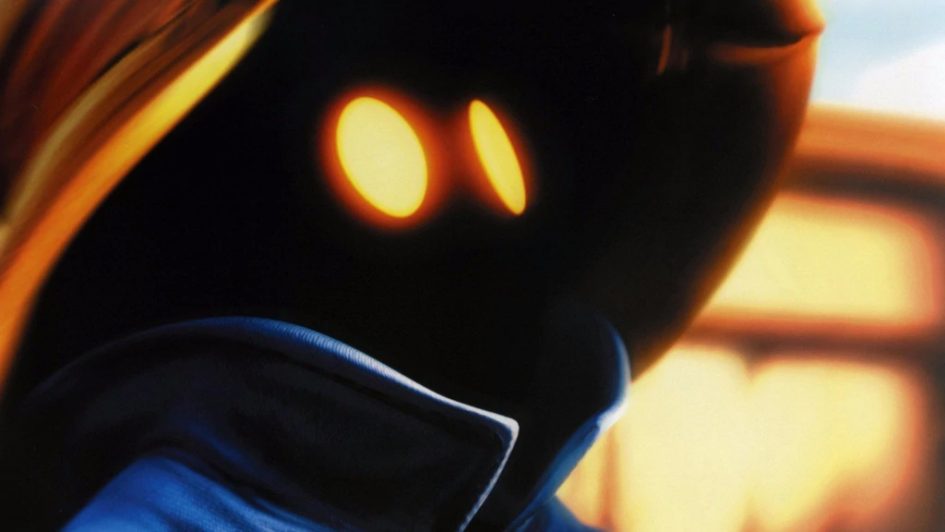 Bromance is a wonderful thing. We’ve all got mates who we can share a strong and mutual love with. A bro is somebody you’d be there for, whether it’s to help them nail an achievement they’ve been after for ages, to shout beers for when they’re skint, to be a wing-man if required or to help bury a body in the middle of the night. Nah I’m joking… me and Dan have never done that… *ahem*.

Final Fantasy is one of my favourite game series of all time and whilst I’m one of “those” Final Fantasy fans who’s only played from 7 onward, the ones I have played, I’ve loved (or hated) dearly. I’ve completed VII, VIII, IX & X multiple times, as well as playthroughs of XII, XIII and XV once as well. My view of a good Final Fantasy is a strong blend of an epic overriding story, strong character arks and development and finally great turn-based gameplay. With this all in mind, if you nail that blend, generally you’re onto a great Final Fantasy game.

I could talk about my idea of the perfect Final Fantasy all day, but I’ll save that for another time. Instead I wanted to discuss my favourite parts of a Final Fantasy and that’s the relationships between characters and specifically bromances!

Bromance #5 – Dyne & Barret
Dyne and Barret are two friends in Final Fantasy 7 and their big connection is the gun arms which bind them. Back when Shinra Corporation were starting to take over the world Barret and Dyne lived a quiet life in Coral, with their wives and Dyne’s daughter Marlene, who he loved very much. Shinra decided to build a Mako Reactor near Barret and Dyne’s home town which naturally upset the residents immensely (Tin Star anybody?) and when a big explosion/accident occurred at the reactor, Shinra blamed Coral, and burned it to the ground, killing Barret and Dyne’s wife in the process. Dyne and Barret barely escaped with their lives, before being found by Shinra. Dyne slipped on a cliff edge but Barret grabbed his left hand with his right hand but bullets caught both grips and Dyne fell to his death. Barret escaped before having his right hand replaced with a gun.

Later in the game, at the Gold Saucer a rumour of a madman killing people with a gun arm surfaces. Barret discovers this to be Dyne, his left hand converted into a gun. He is delighted to see his friend alive, but Dyne is a mess, and a murderer. Barret consoles Dyne by telling him his daughter is actually alive and whilst Dyne is happy to hear this, he’s also gone slightly crazy and wants to kill his daughter to reunite her with his dead wife. Barret can’t allow this and the two friends fight. When Barret wins, Dyne has a moment of clarity and thanks Barret, telling him to watch over Marlene, before throwing himself off a cliff and killing himself.

It’s a very tragic story and an important one too, as it gives more backbone to Barrets anger towards Shinra and his need for revenge. Barret lost his wife and his best friend Dyne will do whatever it takes to make it right… a true bro with proper motivations!

Bromance #4 – Laguna, Kiros and Ward
Whilst a usual bromance will consist of two bros, Final Fantasy VIII’s bromance consists of three. Laguna, Kiros and Ward are three friends, united as soldiers in the Galbadian army, the leader being Laguna. During Final Fantasy VIII, you play briefly as these characters on their adventures, finding out about the politics of war. They are mainly used to help reveal more around the main plot of the game, but the the trio should never be underestimated. They are true friends and this is proven mid-game where there’s a big accident during one of their missions together. They are all separated and each assume the other two to be dead. They go their separate ways, retiring from the army, but all end up leading very bored lives, reminiscing to themselves about times gone by. Kiros eventually finds Laguna, who is now essentially bodyguard for the town he lives in. When a young girl is taken from the village by their old enemy, Laguna and Kiros embark on a mission to save her, tracking down Ward and bringing him for the ride as well.

The trio embark on this one final mission together, making their money on the journey by hilariously staring in a play and other funny scenarios. The three characters truly have chemistry and often mock each other’s lack of wit and mistakes. They eventually complete their final mission and Laguna becomes President of Esthar with Kiros and Ward as his trusted advisers.

I think what I love most about this bromance is the fact that the three friends are never truly happy when they’re relaxing on their own, they were brought up around war and make an amazing team and the dangers of ill-fated missions brings them together even more. Even at the end when there’s nothing left to fight for, Laguna still has his pals either side of him as his advisers, ready for what else is to come. 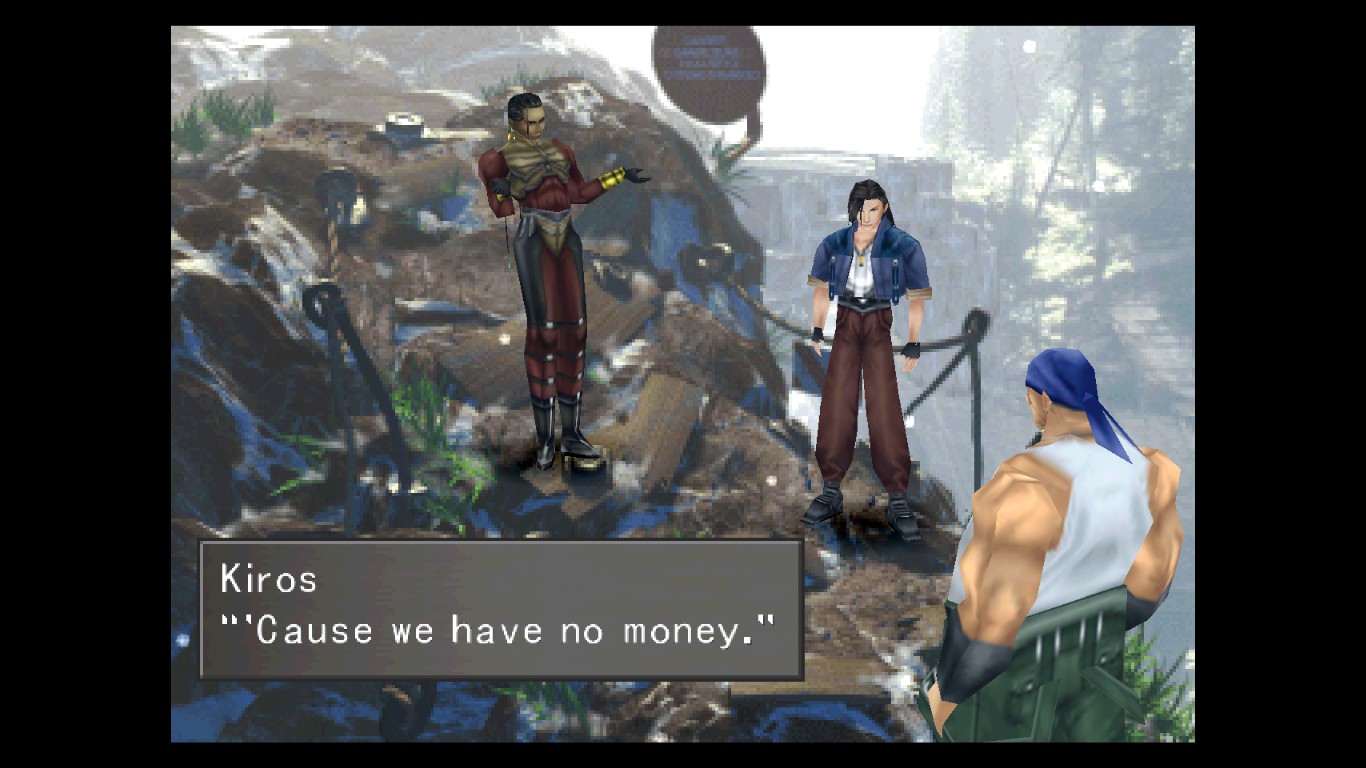 Bromance #3 – Zorn and Thorn
Zorn and Thorn are two characters from Final Fantasy IX. They are two of the game’s enemies and extremely bizarre, but you never see one without the other. They are the evil Queen’s Jesters, Zorn wearing blue, and Thorn wearing red. Apart from their colours there’s not much you can tell between them unless you look at character art, so in the game, they often come across as simply twins. Neither has a stand out personality trait and they can often simply be seen barking orders at one another or telling one another they are wrong. They finish each others sentences and answer each other’s questions with a question, which makes them come across as quite scary at times. They are insecure and unsure but together they always seem to come to an agreement. Often Zorn and Thorn are indecisive and cowardly but if they feel in control they can be very dangerous to the main characters.

Their main task is to kidnap Princess Garnet under the Queen’s orders and use their powers to draw out the powerful eidolons within her. Garnet houses this gift to use these summons against her enemies and the Queen wants them to herself. Towards the end of the game Zorn and Thorn are revealed to be two halves of a darker entity, which I won’t go into, but the main point is that even at the end when they are defeated, they die as one. This is an example of two proper bros who can’t even eat breakfast without quarrelling, let alone extract monsters and try kill our heros! I love Zorn and Thorn and whilst they are enemies within Final Fantasy IX, it wouldn’t be the same without them, especially as sometimes they have some hilarious dialog with each other. Bro-fist guys! 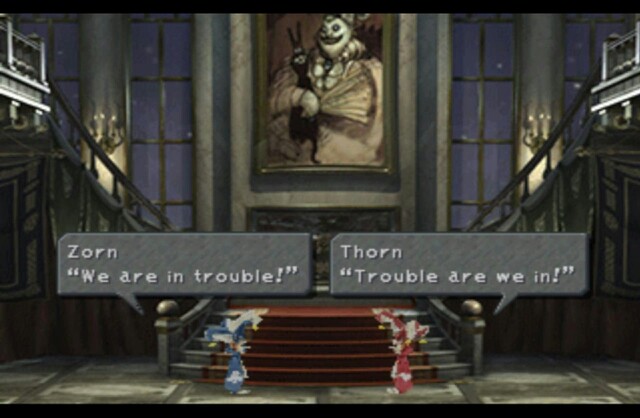 Bromance #2 – Noctis, Prompto, Gladiolus & Ignis
Final Fantasy loves a main hero and whilst Noctis is definitely the main character in Final Fantasy XV, he’s absolutely nothing without Prompto, Gladiolus and Ignis, making up the quad of bros. Noctis is a Prince and sworn to marry another to unite two great Kingdoms and end potential war, however to do this he must travel to her where she lives. He embarks on this mission with his three most trusted friends who form his Royal Guard. En route, his Kingdom is attacked and his Father (the King) is killed. He continues his mission whilst swearing revenge for his Kingdom. His three friends journey with him and are always by his side. During their journey they encounter loads of dangerous enemies and monsters, which as a team they take down together; but also some really funny moments too, grabbing memories along the way.

I personally found the game to be an absolute masterpiece and the relationship between the 4 friends is a giant reason why. Each of them encounters issues where they may not be able to go on for personal reasons or through accidents which physically stops them, but they always remain loyal and stick together where possible.

Some of the dialog between the 4 friends is simply hilarious, each of them having such a very different personality. Noctis is very dry and mysterious, but occasionally drops and one-liner which has the group in hysterics. Prompto is happy-go-lucky desperate to make memories and keep the group in high spirits. Gladiolus is brave and has a booming voice and presence; and is stubborn, but would take a bullet for his friends. And finally Ignis is quiet and smart, but very witty when he’s on the receiving end of banter from the other three. Together they make an amazing team and the Royal Guard’s love and dedication to ensuring Noctis makes it through the game alive is admirable. Towards the end there’s some especially emotional scenes, which I won’t spoil but trust me they are amazing. One of Noctis’ final lines “Guys, you are the best” is one of my favourite lines in any Final Fantasy I’ve ever played. Whilst Final Fantasy XV may not quite live up to its predecessors, the friendship between Noctis, Prompto, Gladiolus and Ignis is easily one of the best ever written.

Bromance #1 – Vivi and Steiner
Both Vivi and Steiner are 2 of my favourite characters in any Final Fantasy I’ve played and both for different reasons, but their friendship is a very strange one. Unlike Barret and Dyne, they didn’t grow up together and have very little in common, but it doesn’t make their relationship any less special.

Steiner is a chivalrous Knight sworn to royalty and sworn to serve. He’s ever so slightly pompous and very judgemental of low born people. Vivi on the other hand is a small Black Mage who has never really understood who his is or where he came from, he’s very quiet and quite the opposite of Steiner when it comes to heroics.

You wouldn’t match these two up right? But it’s Steiner’s respect for “Master Vivi’s” magic which makes Steiner completely in awe of the little Black Mage and Vivi just likes everyone. Steiner always stands up for Vivi and whilst he’s forever shouting at the main character Zidane and belittling others around him, he always stops to listen when Vivi talks. Steiner’s character development throughout Final Fantasy IX is unbelievable. One of his final lines to Zidane is a thing of beauty… he’s says “Chivalry requires a knight to look after his comrades-in-arms. I will not abandon you! And I shall follow you to kingdom come if I must. You remember that!“. This is Steiner we’re talking about, talking to the hood rat Zidane, a massive change in character and I genuinely believe his time, chats and love for Vivi plays a big part of him opening his mind and becoming a better man.

Vivi on the other hand is small and quite cowardly sometimes, but he learns to overcome his fears as the story progresses and actually becomes more chivalrous himself as times goes on. Both characters become more like the best parts of each other come the end of the game and I think that’s beautiful. 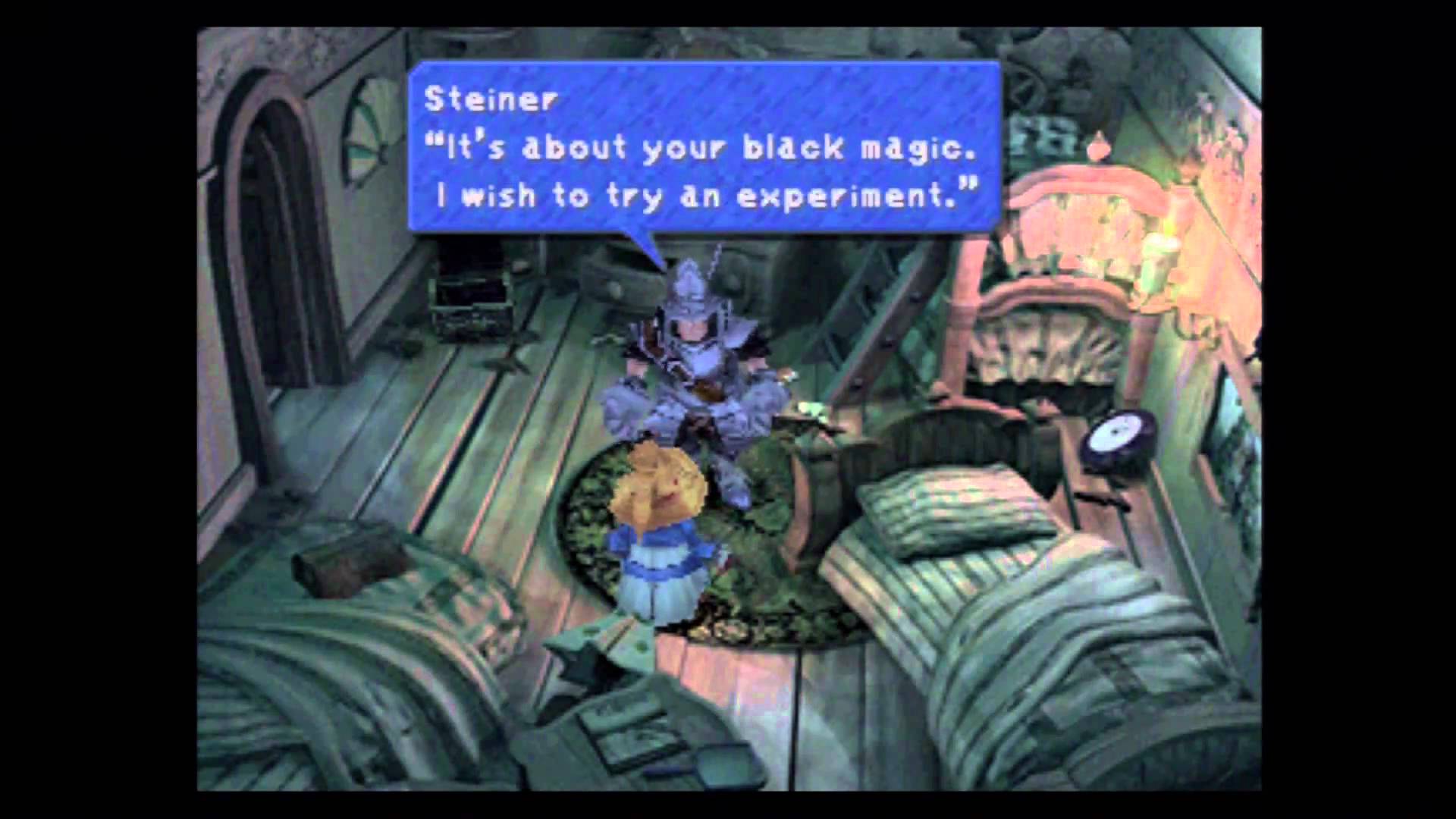 AND THERE YOU HAVE IT, my top 5 bromances in Final Fantasy. Some massive fist pump love and be sure to let me know if there’s any I’ve missed. Are there bros in any of the Final Fantasy’s I haven’t played or do you simply have a different take of friendships within Final Fantasy? I’d love to hear it.