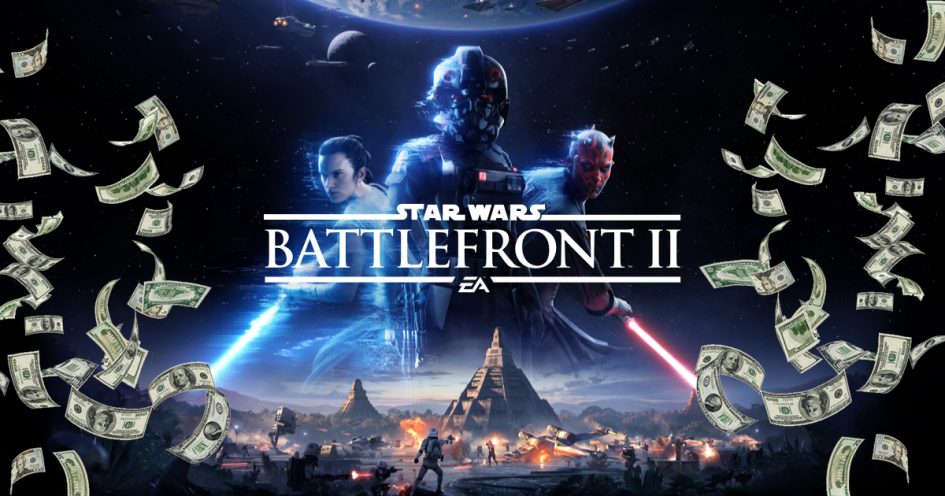 It’s been well documented in the last few weeks that EA have gotten themselves into hot water with their fans. To the point where a well known EA community account on reddit was down-voted by more that 280,000 (currently -676k) in the space of 24 hours – Bizarre!

The comment was in response to in-game purchase of “Heros” in Star Wars Battlefront 2; being unlockable by paying real money for in-game currency OR alternatively as one reddit’er pointed out, spending around 40 hours gameplay to unlock each Hero. We all know that pay to win is utter bullshit and to reply with what EA did was only ever going to fuel the fire… and it did. The comment read:

“The intent is to provide players with a sense of pride and accomplishment for unlocking different heroes,” the EA rep wrote on Reddit. “As for cost, we selected initial values based upon data from the Open Beta and other adjustments made to milestone rewards before launch. Among other things, we’re looking at average per-player credit earn rates on a daily basis, and we’ll be making constant adjustments to ensure that players have challenges that are compelling, rewarding, and of course attainable via gameplay. We appreciate the candid feedback, and the passion the community has put forth around the current topics here on Reddit, our forums and across numerous social media outlets. Our team will continue to make changes and monitor community feedback and update everyone as soon and as often as we can.”

So yeah, a pretty pissed off Star Wars community rightly gave this hell in the comments too.

Since then calls for pre-order cancellations have been so strong (with the force) that it seems that gamers have not just talked the talk, but walked the walk. In a bizarre turn of events EA have completely backtracked and released a statement (below) claiming to have removed all in-game purchases.

Credit where it’s due to EA, they’ve done the right thing in the end, but the worrying comment is about installing the in-game purchases again at a later date. The statement goes from very a sincere, listen to the community and apologise vibe to quite transparently greedy in the time it takes to read the whole thing. This is about pre-orders, and had gamers not hit EA where it hurts (the wallet), people with enough disposable income would be running around with Heros from the off, destroying everything in front of them and meanwhile everybody else would be “enjoying” the long grind. 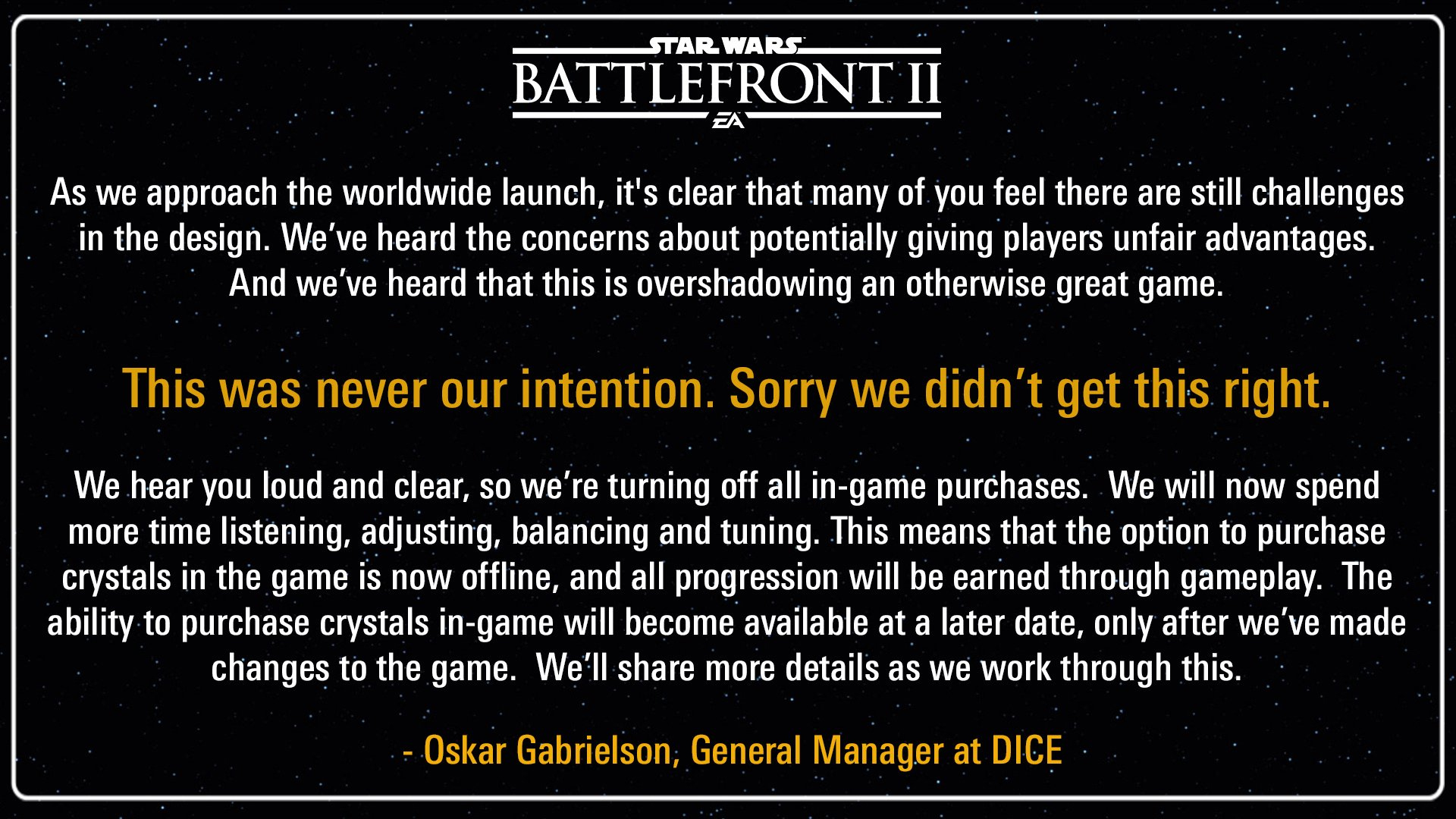 The full statement can be found at https://tinyurl.com/y7v9ol74

A strange yet quite predicable situation when it comes to EA. What do you think? Are you cool with micro-transactions? Or is it ruining gaming?