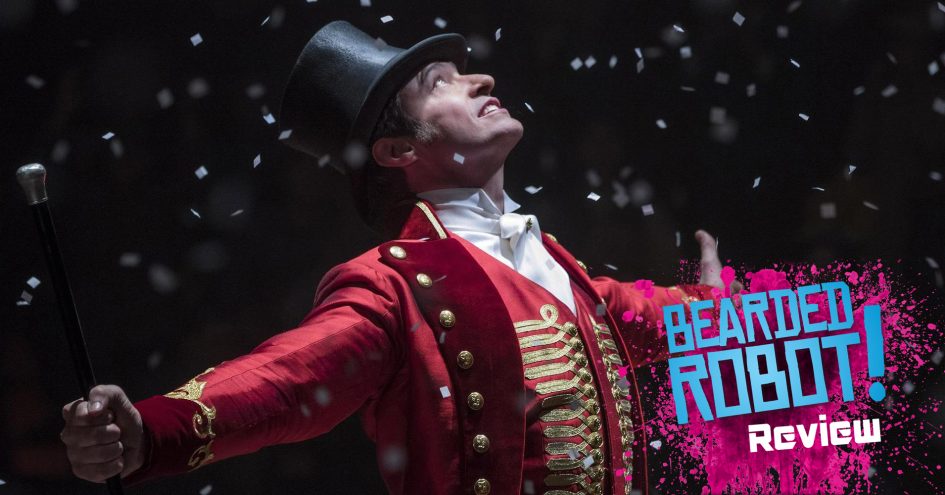 My partner’s 11 year old daughter went to see The Greatest Showman a number of times at the cinema, over the last few weeks, and every time has come back saying how much she loved it, and how good it is, and yadda yadda yadda, so my wife decided that Sunday was the day that we checked this highly recommend film, after which I remembered why I do not take recommendations from children.

The film itself was nominated for various Oscars, including Best Motion Picture – Musical, Best Actor, and managed to win Best song at the Golden Globes, but I really do think that it might have been from a lack of other good films in this category. Personally the best musical from 2017 – early 2018 was Disney’s Coco, which after a second viewing still managed to hit me in the feels, which is kind of what a musical should do, as music is a great way to express emotions and set the mood, which can be a little more difficult in movies not of the musical nature, but given how the songs in The Greatest Showman felt like they were recent pop hits, that’s style will long be forgotten the next time the industry changes to keep up to date with the kids, the songs found here were not ones to make you feel anything other than slightly bored. 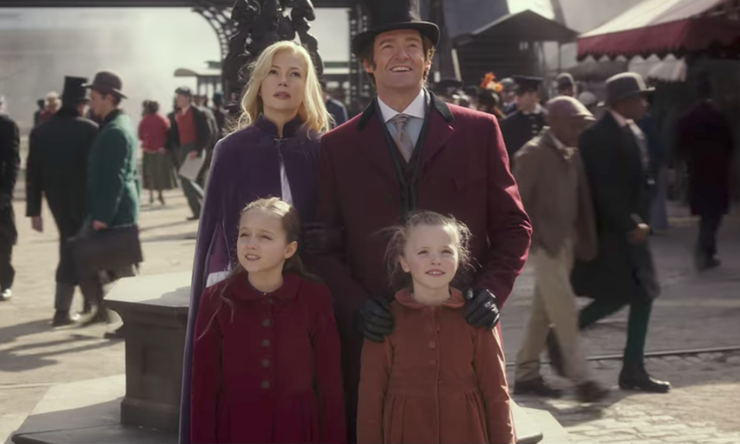 The film itself tells the story of P. T. Barnum (played by Hugh Jackman) and how he created the first (?) circus in the 1800s. It begins with his street urchin childhood, working for the rich, falling in love with the daughter of a rich and well respected man, his father’s death, life on the streets, becoming a man and working countless boring jobs, coming back and taking the girl (no older) and marrying her, and fathering 2 children, all in the space of about 5 minutes during the opening song.
It might have been done as a little origin story to help you understand Jackman’s character, but really the whole thing was rushed.

The rest of the movie goes into how he founded the Barnum’s American Museum in down town Manhattan, which eventually became a circus-type show, filled with acts and freaks (such as the bearded lady, a midget, tattoo man, worlds tallest man, etc, etc), whilst dealing with critics, his own family life, trying to prove to everyone that he is no long the same street kid he once was and becomes a little lost in becoming as rich as possible, and the gangs of protesters trying to get them out of their city, all leading up to the circus as we know it today; travelling around from place to place with a massive pop-up tent.

The entire film only lasts an hour and 44 minutes, and most of the film moves at this pace, so blink and you might miss something, as there is a lot of story that the film loosely tries cover, although it is difficult when you throw in a song literally every 2 minutes. Okay… the film IS a musical, but what you don’t understand is that this is JUST song after song after song, and unfortunately most of the songs are a little naff.
As I mentioned before, the songs feel like just modern pop songs. There is one point when Jenny Lind; a Swedish opera singer, joins the troupe, goes on stage and knocks everyone out of the park with this song that sounds like something that would be in the charts today, which was not the slightest bit of an opera song (in fact I only found out that she was opera singer from researching her for the purposes of this review. The film did not lead me to believe this). It all just felt a little bit… out of place. I know the songs are all suppose to be modern, but personally, it really didn’t work for me.
And when your film is a musical, if the music of it is not enjoyable, then you have failed. 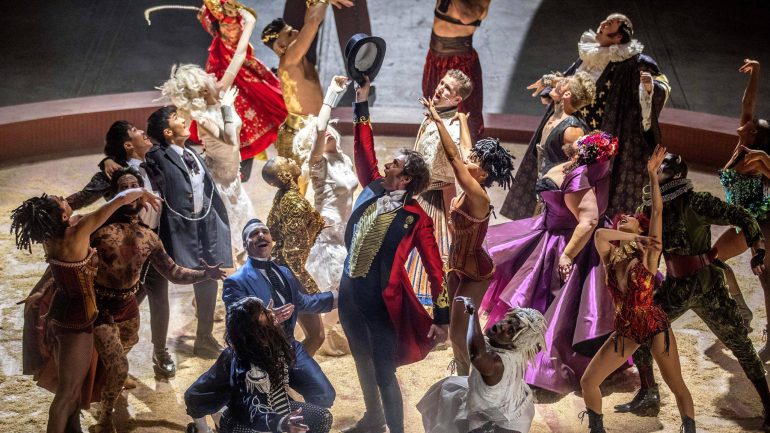 But maybe it is because it is not made for me. Girls aged 9 to 18 would probably really enjoy this film. My step-daughter loved it and kept banging on about it, so it was doing something right with the correct demographic, so you have to give it to them. They knew who they wanted to see this film, and those people saw it, and they would not care if a male in his 30s did not like the film.
The music is designed for teenage girls, which is most likely the reason I did not enjoy it. If you have children of this sort of age, then they will probably get a good kick out The Greatest Showman and come away singing some of the terrible pop songs that the movie throws at you minute after minute after minute.

I will say that some of the choreography was good. If you overlook the CGI lions, elephants, and horses (as I can understand how impossible it would have been to include such animals into a dance routine), then there is some good to found here, which I know is not a very cool thing for a grown man to say, but I need to give the film a little praise.
Some of them feel a little drawn out, as do the music that is accompanying them, but most of the time the dance routines are entertaining, especially when they utilise real world objects, such as shot-glasses and chairs to create drum-like bangs in time with the music. This really does work well to the songs advantage.
Probably the best one of these is when Hugh Jackman is trying to convince Zac Efron to join the troupe (sorry, I love that word), over a drink in a bar.

Whilst on the subject of Zac Efron. He plays James Anthony Bailey, who is a wealthy playwright who gives up everything to literally run away and join the circus, and he falls in love with Zendaya’s character; an acrobat already employed by Barnum’s circus.
Now she is black and as such, in the 1800s, their love is naturally look down upon and a scene where Zac grabs her hand as they watch a performance, only to let go after realising people are looking, was an interesting sub-plot to pursue, however, this love side story is done so quickly and forcefully that we do not really feel anything for these characters, or care whether they will end up together or not. As we all knew that they would eventually do so. 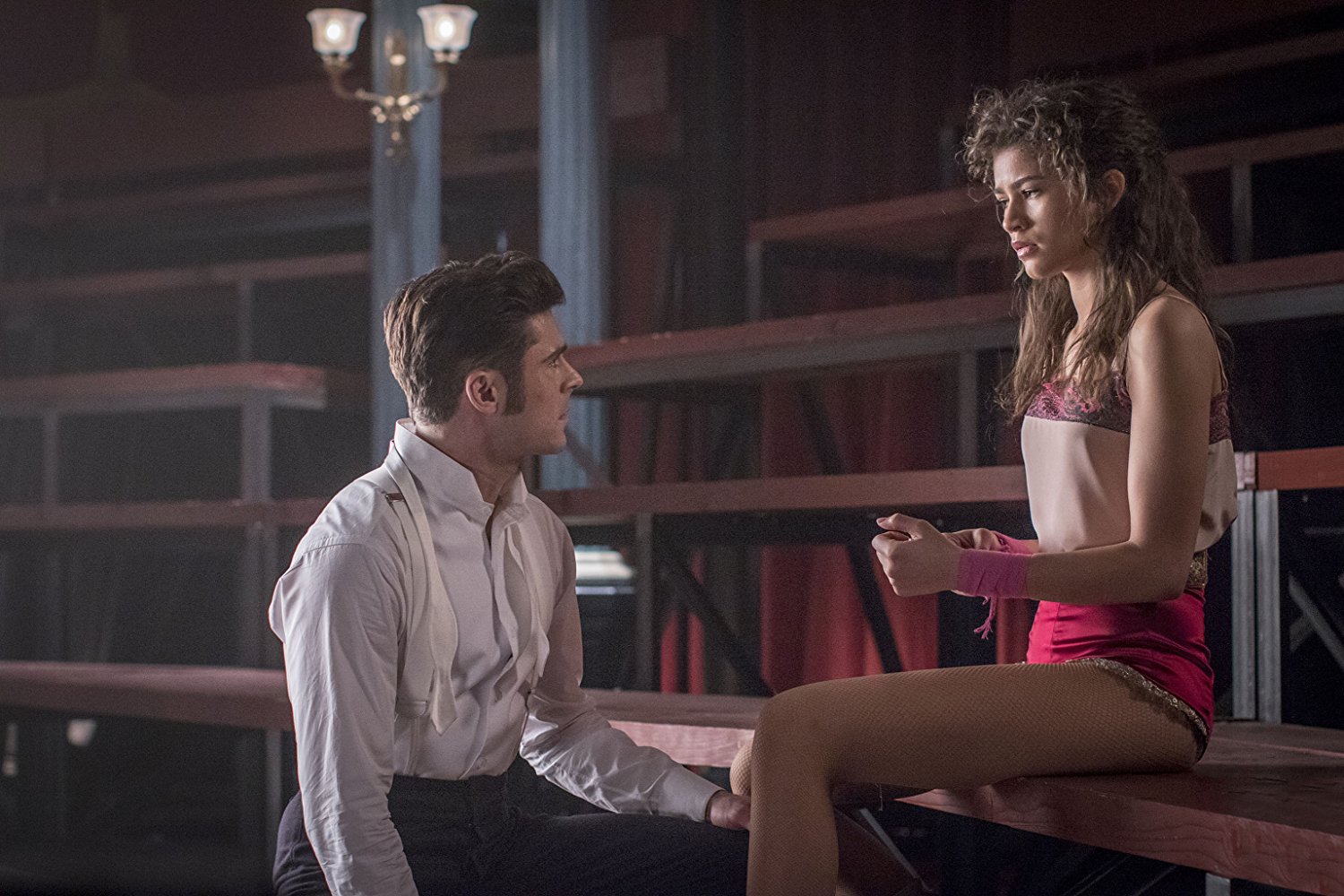 That is another aspect of The Greatest Showman that I found annoying; it is predictable. You can pretty much guess what is going to happen in the film moments before it actually does occur. It follows the perfect three act structure of a movie; Setup – Confrontation – Resolution, and you can see this coming a mile away. In fact the film is so hell bent on sticking to this structure that it really does become a little monotonous as you see the story unfold.

The performances of its main cast were fine and everyone did a great job with what they had been given, as well as performing all the songs and dances. No one felt out of place, as some actors do not work as well in musicals as they do in normal types of films, but here everyone performed their role fine. 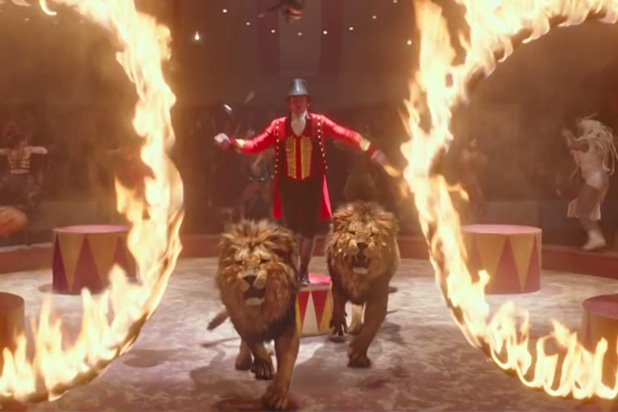 Overall, The Greatest Showman was not made for me, and because of this, I did not overly enjoy it. For a short film, I found myself losing interest in this pop chart filled musical that does not even bother trying to tell the interesting story that it uses. The rise of the first circus, along with P. T. Barnum’s own personal quest to fight his name out of the gutter against his father in law, people on the street, and the critics calling his show a fraud, is actually a really interesting tale, which is why it surprises me that this film was ultimately incredibly dull.
I have learned a valuable lesson about accepting recommendations from questionable people, so I am the really the stupid one here.
While The Greatest Showman is not the worst film I have seen in recent years, it was just not one that I can recommend, but as I said, it was because it was not created for me. If you are a teenage girl, then you will probably love it and so because of this, the show must go on, and it will go on, but be weary of who might recommend this film to you, and think if they have the mind of a teenage pop loving girl. You have been warned.