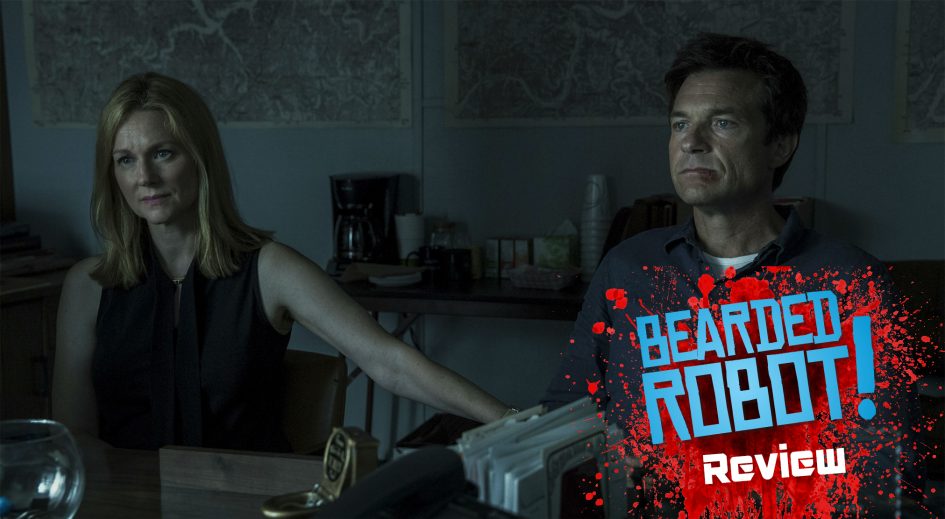 The journey I experienced whilst watching Ozark is one that surprised me if I’m honest. I went into it with the typical “I’m currently not watching a show and need something” and whilst I was excited to give it a go, I didn’t have high hopes, just because I didn’t know that much about it. I wanted a show which I didn’t have to play catch-up with but also something that wasn’t going to be such a large commitment in terms of the size of the season itself (i.e 400 episodes a season TWD). I chose Ozark as a few people I knew had recommended it to me in passing and it was something that fit my genre preference, gritty and dark, drug filled drama. The cheap and easiest shot to throw at Ozark is “It’s kind of like Breaking Bad” and whilst I completely see where people are coming from when they say that, there’s a lot more to it than just being a TV series riding on the coat tails of another great show. It stands up on its own to me due to the fantastic drama involved in each episode and the darkness of the comedy, which has the ability to really shock you at times. This and also the acting, which is superb throughout. You’ll find yourself laughing at stuff which really isn’t funny and actually quite a serious matter; and that mostly comes down to the amazing performance from Jason Bateman (Arrested Development) who not only Directs the show but stars as the main protagonist (or antagonist depending how you view it). Bateman’s performance is not actually too dissimilar from the character he plays in Arrested Development to be honest and that was fantastic watching for me, being a big fan of his character Michael Bluth in the American hit comedy. He portrays Marty Byrde a Financial Advisor who owns his own business alongside his old college friend Bruce. Marty is good with other people’s money and even better at counting it. He’s the brains of the outfit and could spot discrepancies in any potential dodgy dealings happening within any of his client’s portfolios, which is exactly why his clients use him to begin with. He’s a legit business man with a keen eye for detail but isn’t without his own faults and money problems. It is because how good he is, that he is approached by a drug cartel, lead by the character Del Rio, who wants to use him to launder their drug money; after realising that their current launderer is potentially stealing from them. It’s not really until the end of the season that you see the context of how dangerous these men actually are. On the face of it, of course they’re dangerous men, but the issue for Marty runs much deeper as he gets himself deeper into Del’s pockets.

Ozark really focuses around 3 key elements and they all essentially revolve around Marty himself. There’s his obvious relationship with the notorious Del Rio and the drug cartel, his relationship with his family and finally his relationship with hillbilly family, the Langmores. After Marty is forced to move to the Ozarks in ep 1 and launder $8m in cash within 3 months, he struggles to keep his family together, who already have their own baggage to worry about, as well as keeping his bosses happy, who seriously doubt he’s capable of achieving such an ambitious target, which he himself has ironically set. Alongside this there are the Langmore’s and in particularly Ruth Langmore who Marty ends up getting to know and getting himself into even more crime and drama surrounding her and her family.

It’s the detailed explanations that the show goes into which also leaves you intrigued, for example how Marty actually launders the money itself and why he needs to do it the way he does. It’s extremely interesting and you can see that the writers and Bateman have done their research. It’s scary how easy it seems to be for Marty to clean dirty money by laundering it through legitimately thriving businesses. If you’re into learning the basics of how things work physically and politically in a world completely alien to what you’ve experienced in your life, then I do think this show is for you. I wanted to avoid the Breaking Bad comparisons, but the best way I can describe it is when Walt teaches Jesse certain techniques, i.e the details cooking crystal and creating a batteries from sponges – haha. The science involved is just as fascinating as the dramatic plot lines themselves at times.

I do think my favourite thing, however, about Ozark is the writer’s ability to make you think everything is going to be okay before pulling the rug out from under you and throwing characters you’ve learned to love into even more hot water. But the most satisfying bit is how they get themselves out of it. That is where the clever writing comes into play.

By the end of the show you’re left wanting more whilst also sitting there open mouthed at what you’ve just witnessed and whilst there’s no direct confirmation that there will be a second season, I feel pretty confident that the show has left itself open to lay on another epic. The acting and drama within Ozark shocked me if I’m honest, mainly as I went into it not expecting much, but I’ve been left feeling empty and wanting more, so I guess I’m back to where I started before I enjoyed such a great show. Get involved!