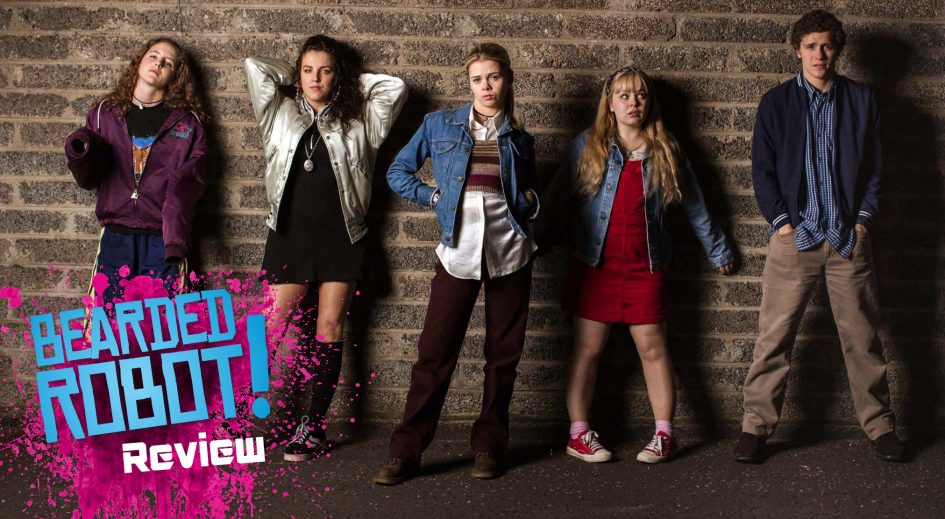 I think what struck me most going into Derry Girls was that familiarity I got from when I first watched The Inbetweeners, which happens to be one of my favourite comedy shows of all time. Now this isn’t to say that Derry Girls is as good and I’ll start by saying, it’s not, far from it. I’m sure that writer Lisa McGee would hate me for comparing it anyway, but it’s hard not too when you’re writing a review about 4 young students in Britain taking on the daily troubles life brings. Having said that the show is clearly written by a talented a funny creator who is writing about her own experiences growing up as a girl living in/near Derry in the early 1990s during the Troubles. For the sake of political and historical accuracy I won’t be banging on too much about exactly what the Troubles is and how it affected residents living in Northern Ireland but I will suggest that if you happen to be as ignorant as me over the whole situation, you should definitely go and do some reading on it. It was clearly such a horrifying and terrible time which I only knew the raw basics of before going into the show. Looking back, Derry Girls definitely made me sit up and realise how much history I simply knew very little about and gave me the kick up the arse to try better to understand it. For that reason alone, it just goes to show how accurate and well the show is written. 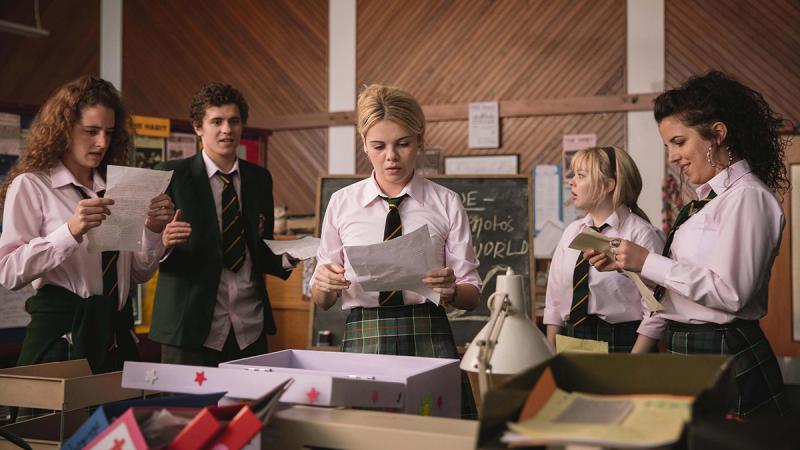 The story at it’s core follows key characters Erin, Orla, Clare and Michelle, all residents of Derry taking on the terrible task of what it is to be a teenager growing up in an all girl’s Catholic school. There’s also James, Michelle’s cousin, a young British lad who happens to be the whipping boy of the show, mainly because he’s British. James is introduced early on and it’s never quite properly explained why he is attending the girl’s school apart from the quick mention of his Mum dropping him there and leaving. I will say that the inclusion of James does help add some diversity to what is mainly a female dominated cast throughout the entire series. Men do generally take a backseat in Derry Girls and usually their sole purpose is to add some comic relief. This isn’t necessarily a bad thing though, as the likes of Jerry (Erin’s Dad) and Joe (Erin’s Grandad) are two of the best characters. They bring some humour to the show and in particular add to one scene which steals the series, which I’ll get into. Speaking of Grandad Joe; he’s played by the brilliant Ian McElhinney, who plays Ser Barriston Selmy in Game of Thrones and it was great to see a familiar face playing a completely different role. I couldn’t help but see him in his badass in King’s Guard armour though, whereas he is generally just some old angry dude in Derry Girls.

There’s no real narrative throughout the show, like most sitcoms it relies on unfortunate circumstances and the location to really push it along. One episode moves away from Derry and I felt this one was the weakest of the 6 part series. The location itself is fantastic though and you can tell it rings similarities to that of growing up in a close-knit community. Little things like the obsession with going to the chippy on a Friday, almost like some kind of ritual. The girls in Derry Girls are not shy either and are all very hardened Irish girls, as you’d expect them to be. They respect authority but are always on the boundaries without overstepping the mark. This is reflected in the parents (Mum’s specifically) who are very fiery and whatever they say, goes. This is not to say that the adults go without recognising mistakes. In one particularly funny scene, we see Erin and Orla’s Mums try to get the girls out of a tricky situation with a shop owner but when they mess that up, they are seen to be a mirror image of they daughters, caught out and mischievous, which after all their judgement and telling off is quite funny to see. 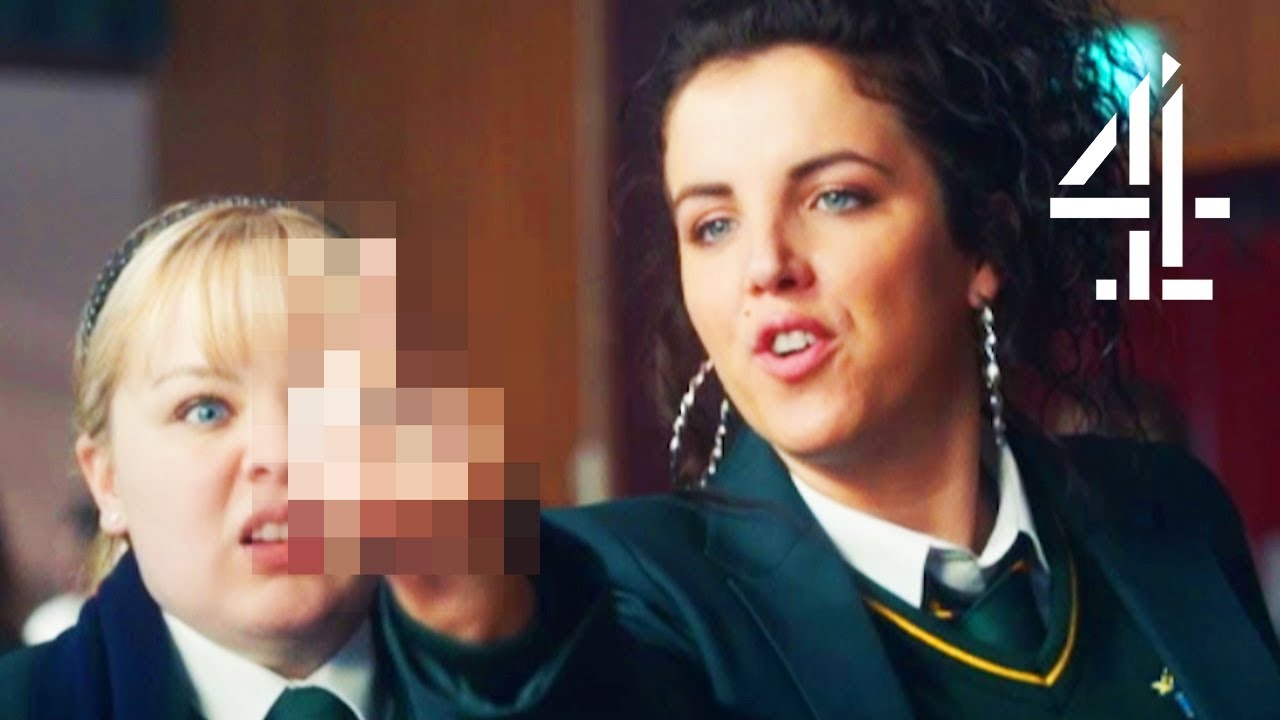 The girls themselves all seem to mirror some personality trait which helps you distinguish them from one another quite well. Much like The Inbetweeners where each of the lads are polar-opposites to one-another. Erin for example is probably our main protagonist as we see a lot more of her and her family specifically throughout the series. Erin is a bit of a control freak and has it in her to lose her temper, but overly she’s quite a sweet girl who just wants to be noticed and recognised for her skills. She finally does get this opportunity at one point later in the series but it seems to go tits up, which is a shame. It feels to me like this may have been Lisa herself, trying to get herself recognised and it never quite happening, something always going wrong. I could be wrong here, but it was just the impression I got.

Orla is Erin’s cousin who is a little bit ditzy to say the least. She’s where I see most of The Inbetweeners comparison because if you think of Neil, you can quite easily mirror it to Orla. She tends to just say what comes to her head and generally is quite happy go lucky. At the end of the series in the last episode, it’s actually Orla that brings the fractured group back together again when she performs at a school talent show. The arguing group of girls come together in a show of solidarity when they realise that Orla is being laughed at by the rest of the school. In fact I recently re-watched one of my favourite comedy films, Napoleon Dynamite, and I couldn’t help but wonder if there was inspiration taken from “that” dance scene. Despite Orla being mainly background, it’s nice to see her bring everything together at the end.

Clare is different in the sense that she’s a little bit too fussy and extremely paranoid and scared most of the time. Usually it’s Michelle’s antics which send Clare into meltdown but Clare is more than just a panicking face. Clare introduces a bombshell in the last episode which tackles a sensitive subject and specifically a subject which I can imagine in a girls school, in Northern Ireland, during the 90s; was probably frowned upon. It’s actually what causes the fraction in the group and tackles how people can instantly judge without necessarily thinking first. It’s not a nice moment when one specific main character reacts badly to it, but at the same time, as I mentioned before, it’s nicely resolved towards the end.

Michelle is my favourite character hands down. She’s rude, obnoxious but very lovable at the same time. She gets the girls into trouble on a daily basis and is the cause of most of the bad situations they get themselves into throughout the series. At first I thought there was a deeper meaning to Michelle, maybe a cry for help, or somebody was secretly fractured but in the end I was glad to see that cliche pushed aside, as for me, Michelle is simply a happy, no fucks given, type of girl. I really like that about her. 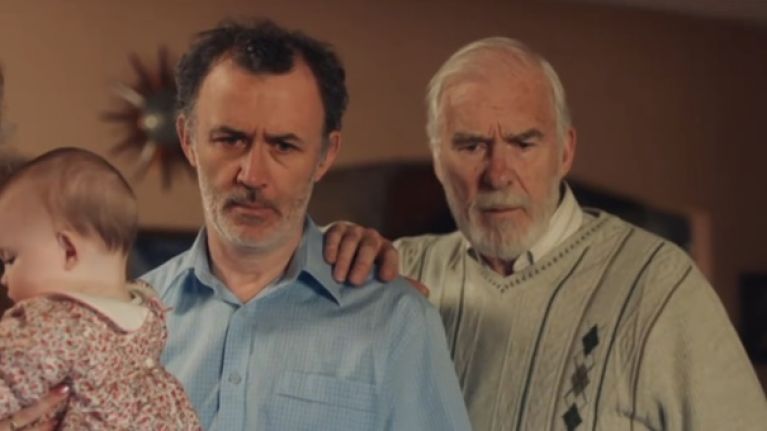 The comedy displayed throughout Derry Girls is a real mixture of slapstick, shock value and cringe moments and really mixes up lots of different ways to make you laugh. Generally it’s completely lighthearted and most of the time if something serious happens, you’re able to see where the funny bit to round it off will come from, but nothing prepares you for the ending. Whilst the girls are messing about on the stage at the talent show, getting their friendship back on track and having this really nice solidarity moment, we cut back to the parents at home, all glued to the TV as we hear a news report of a bomb recently exploded not far from them. Specifically we see Joe lay his hand on Jerry’s shoulder (a different example of solidarity to the girls). Throughout the series Joe has never liked Jerry and is forever taunting him and mocking him, which Jerry just brushes off with a “shut up you old git” type attitude, so it’s a really nice moment to see the two come together in this scene. We cut back to the girls a few times and it’s plain to see how devastating such innocence, enjoying a young carefree life, could be destroyed at the drop of a hat. Lisa McGee clearly went through this and has obviously drawn inspiration from her elders about how they felt at the time, which is complete apples and oranges when you look at the girls themselves up on the stage without a care in the world. Alongside all of this is a perfectly apt Dreams by The Cranberries, which represents so much during that final moment and plays with lots of different emotions within the viewer. I’d actually be tempted to say that watching the entire series, just to see this last scene round it off, is worth it in itself. It’s a seriously important scene and made me go from enjoying a series to respecting a series, just like that.

As I mentioned, Derry Girls won’t be for some and that’s cool, but overall I really enjoyed it and it taught me a lot. I look forward to season 2.