Silent Hill 4: The Room. A false sense of security. 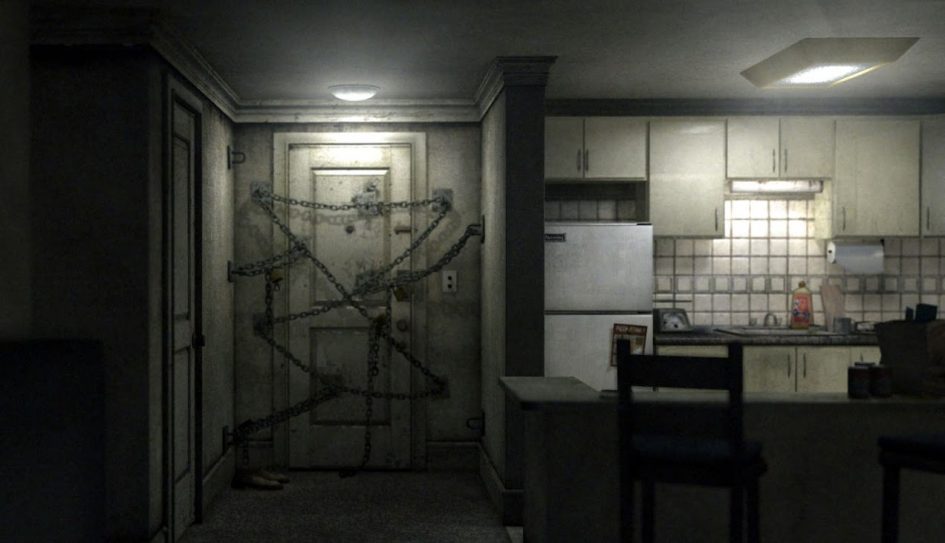 In light of Silent Hill 4: The Room being released 13 years ago today, I took a minute to sit back and reflect on what was one of my favourite entries into the Silent Hill series; my favourite being 3 and of course the beloved 2 being a close second. The Room, however, for me had something in it which not many of the other Silent Hill games had and that was a moment of calm, a place to gather your thoughts and be away from the evil dead that is haunting you, an awesome addition to the game which took you back to reality, the room itself!

To explain the beauty of The Room we first have to briefly touch on the story itself. Without going into too much detail, you play as Henry Townsend, who begins the story locked in his apartment for five days with no communication with the outside world. He cannot leave, as the front door is completely chained up and there appears to be some kind of magic preventing him from smashing/escaping through windows. His only way out is through a mysterious hole located in his bathroom, which you discover pretty early on. It sounds strange and yes the story, like all Silent Hill titles is a little odd, but none-the-less when he enters this hole in the wall (cue Dale Winton) he’s transported to another dimension, as always in Silent Hill games an extremely dark and scary place. Each time he returns to his apartment and then re-enters the hole, he is transported to a new alternative dimension, where more strange things happen and more horrors play out. Towards the end, the game starts to make much more sense, as we’re introduced to an undead serial killer who lived in Henry’s apartment before, but we’re not here to talk about that, we’re here to talk about the room itself. 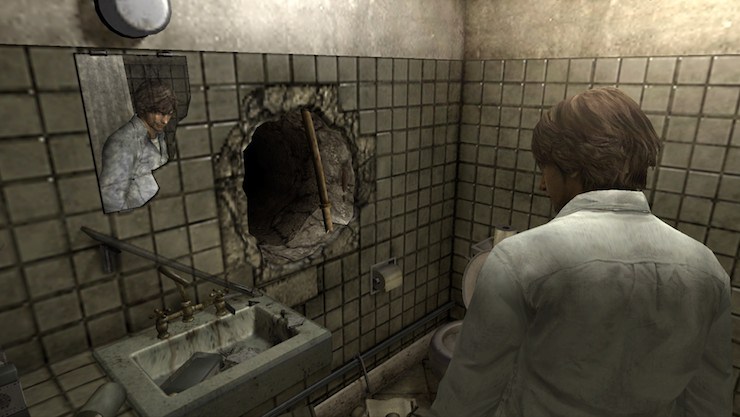 Yes. It is literally a hole in the wall.

Each time Henry leaves his apartment through the hole, you’re subjected to some extremely horrifying, graphic and tense scenes and gameplay, but on the flip side, every time you come back to the apartment you’re back to reality, to present day, where things are much more normal. You can look around the apartment, save your game (the room being the only place you can save) and look out of the window, seeing the normal world go by. You feel safe here, you feel like nothing can hurt you but the horrifying reality is that to escape and progress you need to go back through the hole and face the horrors within. This is where the game is really clever, being inside the alternative scary dimension is terrible; full of ghosts, monsters, death and evil, but seeing a hole as you progress and having the chance to head back home for a brief moment, really fills you with relief. Many times I was completely burnt out after being subjected to some of the murder and horrors within these alternative dimensions and the feeling of relief when you find a hole leading back to the room, was overwhelming. The game forces you to feel this way, it ensures that you feel safe when you’re back in Henry’s apartment, where although you’re trapped within, the sun is shining through, the walls all look normal and there’s no strange or hideous noises and music. You feel safe again, until of course you have to head back out.

A place you feel safe, normal. Nothing can go wrong, right?

Of course none of this lasts and that’s the beauty of Silent Hill 4: The Room. Just when you begin to get on a flow, knowing there’s horrors beyond outside of the room, but also knowing you’ll always be back within the room for a quick break, is suddenly taken away from you; as weird things start to happen. For example a screech of a cat, only to find the dismembered corpse of one in the fridge. Footprints in the kitchen. Loud bangs on the door and TVs and radios turning on, on their own. Everything you know about the safety of the room is starting to crumble and crash down on you. The smallness of the apartment doesn’t help either as this feeling of claustrophobia kicks in and you start panicking about what might now be waiting for you when you exit the hellish dimensions and head back into the room. To make things worse, it’s not just paranormal strange noises you have to contend with, physical entities also start to enter the room through walls and ceilings and whereas before the room would replenish Henry’s health, it now starts to drain it and there’s nowhere to hide, nowhere to go apart from back into the dark abyss of the hole, back into the horrors that await. 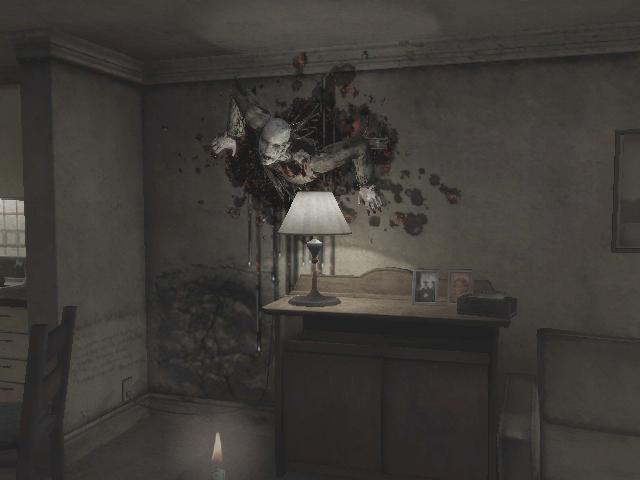 Not so safe anymore Peter, is it?

Safe areas or rooms are not uncommon in games, Resident Evil being the most obvious reference point here, but what Silent Hill 4: The Room does so well is lead you into a false sense of security. It gives you enough horror away from the room and enough relief within the room that when it starts to take it away from you mid-game, it really hits you hard, making you feel rushed and never safe. I can’t lie and say it didn’t frustrate me slightly, but it only frustrated me because of trap I fell into. The game never promised me anything, I made the decision to start getting comfortable with the safety of the room, I made the decision to become complacent and ultimately and ironically, in the end it was my self-made safe place which terrified me most.