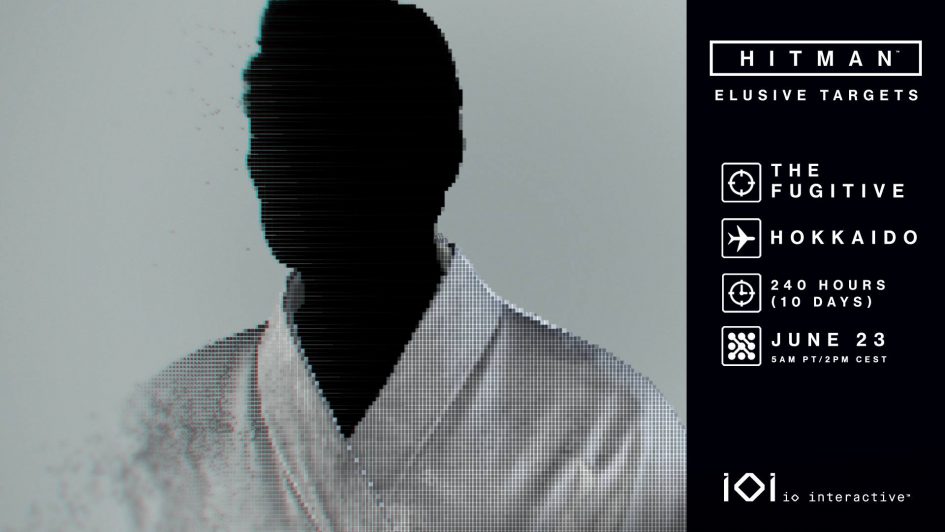 **UPDATE: THIS ELUSIVE TARGET HAS BEEN DELAYED AND DUE TO GO LIVE AROUND 6PM UK TIME**

The penultimate Elusive Target is now available on the brilliant HITMAN game on all platforms.

This one is set in Hokkaido and is apparently the most elusive of all. There is literally no previous information on this character, so hopefully the intro will tell us more.
It seems that IOI have decided to make the last two Elusive targets as difficult as possible, since announcing that they now are now going to be developing the second season themselves, following their break from Square Enix. They will soon stop providing content to the first season of the game and solely work on the second.

You now have 10 days to try and kill the target, nicknamed the fugitive, however you please (once you have discovered him). Finding him though will be a whole other kettle of fish.

Elusive Target missions are unique, as they only appear once, and if the mission ends in any way, other than restarting, they cannot be attempted again. The target cannot be seen on the map or through Instinct mode, but the briefing gives mediocre clues about their location and antics, which mostly consist as background.

Hopefully we will upload our kills so be sure to check these out over the weekend or early next week.