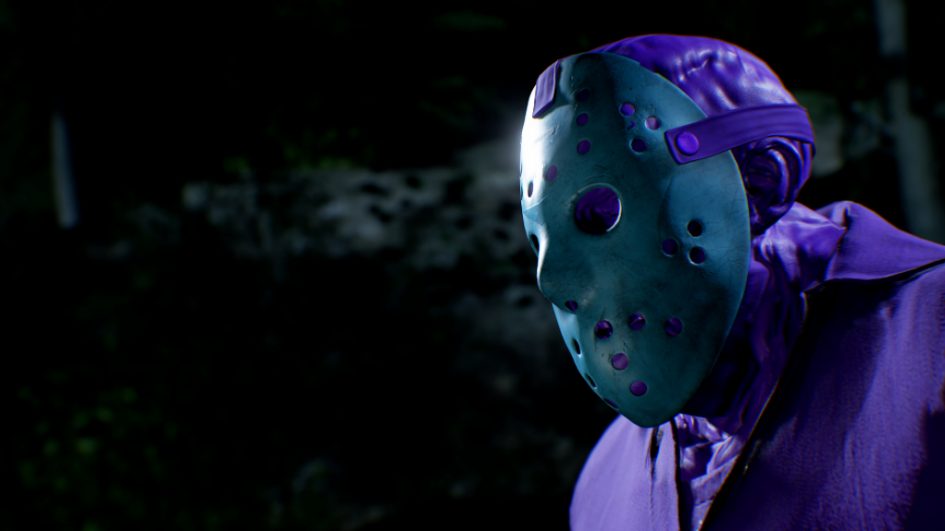 Finally the first free DLC for Friday the 13th is now live across all platforms. To give a bit of background, the plan for the first proper free DLC was to include a double XP weekend alongside a free Retro Jason skin. Whilst this has now been live on PC and PS4 for a few days, it’s now also finally been rolled out to Xbox too and at around 3.5GB.

The continuous Xbox issues have hindered the game since launch and whilst this patch probably won’t perfect it all, the team at IllFonic have been working hard to pass Microsoft certification time and time again. Memory issues seem to be causing a number of crashes for users (I know I’ve experienced this often myself).

Anyway… it’s live now and the goodies are awesome!

First up there’s an awesome Retro Jason skin which can be accessed by toggling the Jason, Part 3 character. This won’t give any new abilities or kill animations or anything like that, but it’s a cool addition.

There’s also a double XP weekend THIS weekend, which begins June 23rd (time unconfirmed) and ends June 25th (presumably at midnight). So be sure to take advantage of this whilst it’s active.

Finally, as an apology for the rocky launch of Friday the 13th, users will gain 13,000 FREE CP when they install the patch, which is definitely an amazing little gift. I for one have been rolling for the map perk since launch but for some reason it just won’t pop up. I’ll update if I get it with all this extra CP (SURELY!?).

There’s a much more detailed post regarding the Xbox memory issues over on the official Facebook page if you’re interested but the most important thing is it looks like it’s on its way. For such a small team you have to feel for them a little bit and it’s clear they’re working very long hours to perfect the game.