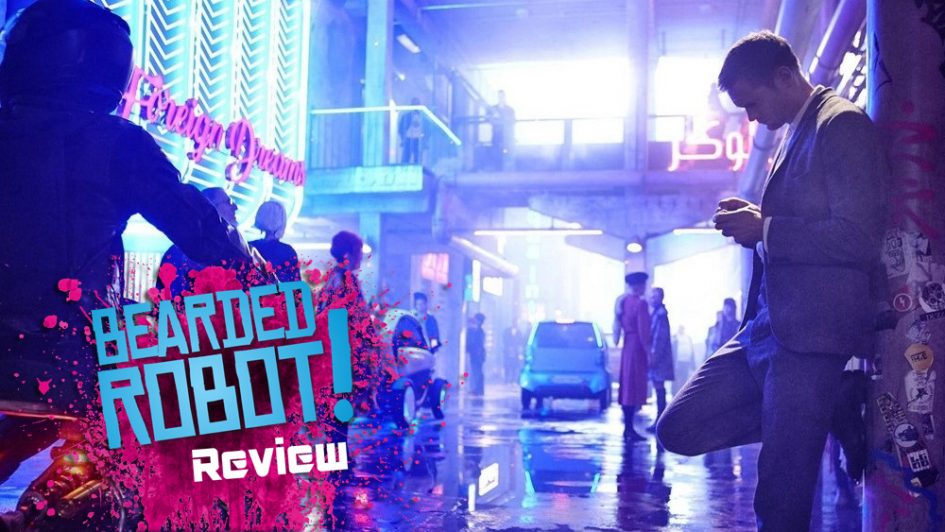 Continuing on the reviews of the weekend film, both of which feature a silent protagonist (and following my review of Guillermo del Toro’s; The Shape of Water), we come to the Netflix exclusive Mute.

Now Mute is directed by Duncan Jones, whose films, such as a Source Code and Warcraft, have been question, expect for his very first film; Moon, starring Sam Rockwell as the sole occupant of a mining station on the Moon, which was actually a really great film. If you have never seen it, and I know quite a few people haven’t even heard of it, then I can’t recommend this film enough.
With Moon in mind, when Mute was suddenly and unexpectedly released on Netflix last week, I didn’t really have much of an intention to watch it, as the first things I heard about it was that it was a bit of a rubbish film, but then I heard that Sam Rockwell reprises his character from Moon and that Mute is a spiritual sequel to the film, in the sense that it is set in the same universe. Now this instantly interested me and on Saturday night, when I was alone and had no new games to play, and watching another episode of a current TV show would make the evening feel like a normal midweek night, I decided to check out Mute… and it was a lame.
For the record, there is a news channel being shown in the background of one of the scenes and it shows Sam Rockwell’s character after the events of Moon, which is a perfectly fine cameo and link to that movie, but now I have told you, you do not need to see Mute. You can thank me later. 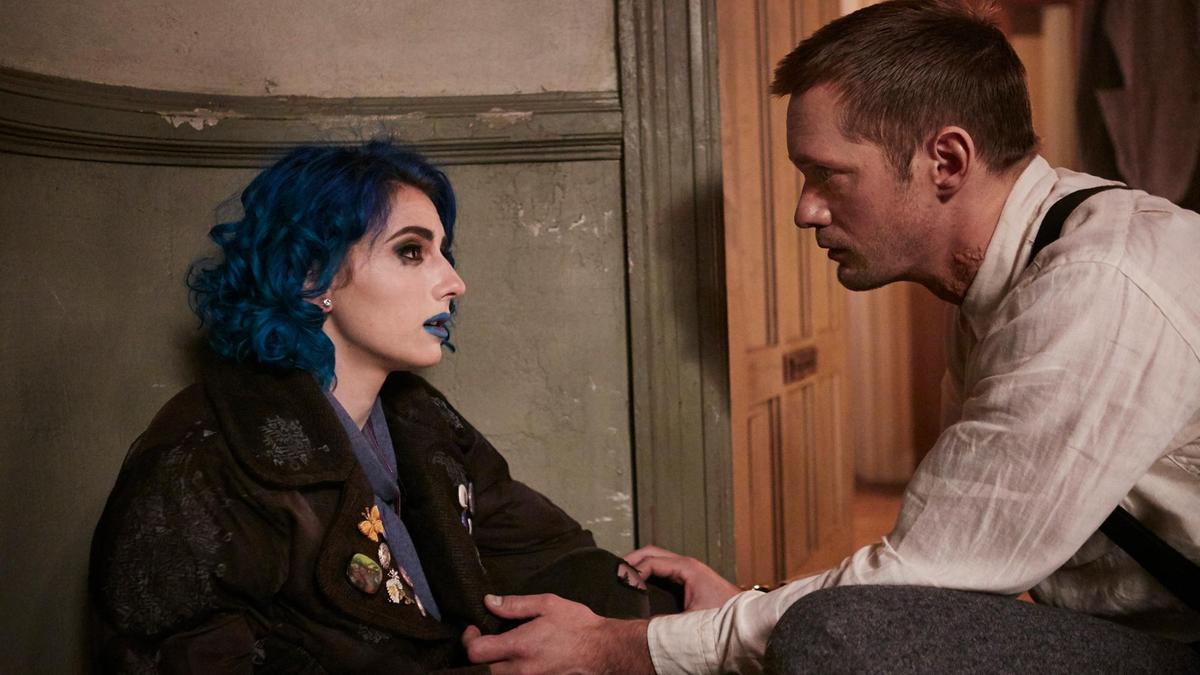 The film is set in a Blade Runner-esc cyberpunk dystopian future, that follows all the cliché things that the genre brings, such as prostitution, drugs, hover cars, and everything else, which I personally love. I have a great love of the style of cyberpunk, and with the recent rise of this, such as the sequel to Blade Runner, as well as Netflix’s own Altered Carbon series, there is no shortage of this genre.
However, Mute was not originally written with this theme, and as such, I realised that it was not relevant at all to have it set in the future. I wonder if this was done just to tie into Moon, but other than a short moment at the end, which could have easily been removed, Mute does not use, or utilise its setting at all. It could have easily been set in any time period and the story would have suited it, and as such, the Cyberpunk future becomes a bit of a distraction, and not in the good way.
Normally TV shows do not have as big a budget as films, and their effects are usually questionable, but whilst watching Altered Carbon, I have really been enjoying the effects and not noticing how fake it looks, while in Mute, the hover cars and every thing Cyberpunk that they thrown in (for which there is few), looks poorly done and actually detached me from the films setting.

Mute follows the story, now bare with me, of a mute bartender who searches for his missing girlfriend, but it is worth noting that the bartender; Leo, played by Alexander Skarsgård (Tarzan and True Blood), is… I want to say… Amish? A technophobe, which is madness given its cyberpunk technologically rich setting, which would have been a great idea, if it was not so underdeveloped and only touched, or mentioned, on a couple of times throughout the film.
Now, his girlfriend lives a shady life, most of which we do not know but uncover aspects of it as the film progresses during Leo’s search for her, as he just woke up one day and she was not there.
His journey takes him through Berlin’s (oh yeah! It’s set in Neo-Germany, which other than a few German conversations, serves nothing to the plot and given how nearly everyone talks with American accents, they may as well have set it in America) shady underworld, such as the owner of the bar/nightclub he works at having connections to some criminal syndicate, in order to find out what happened to her. 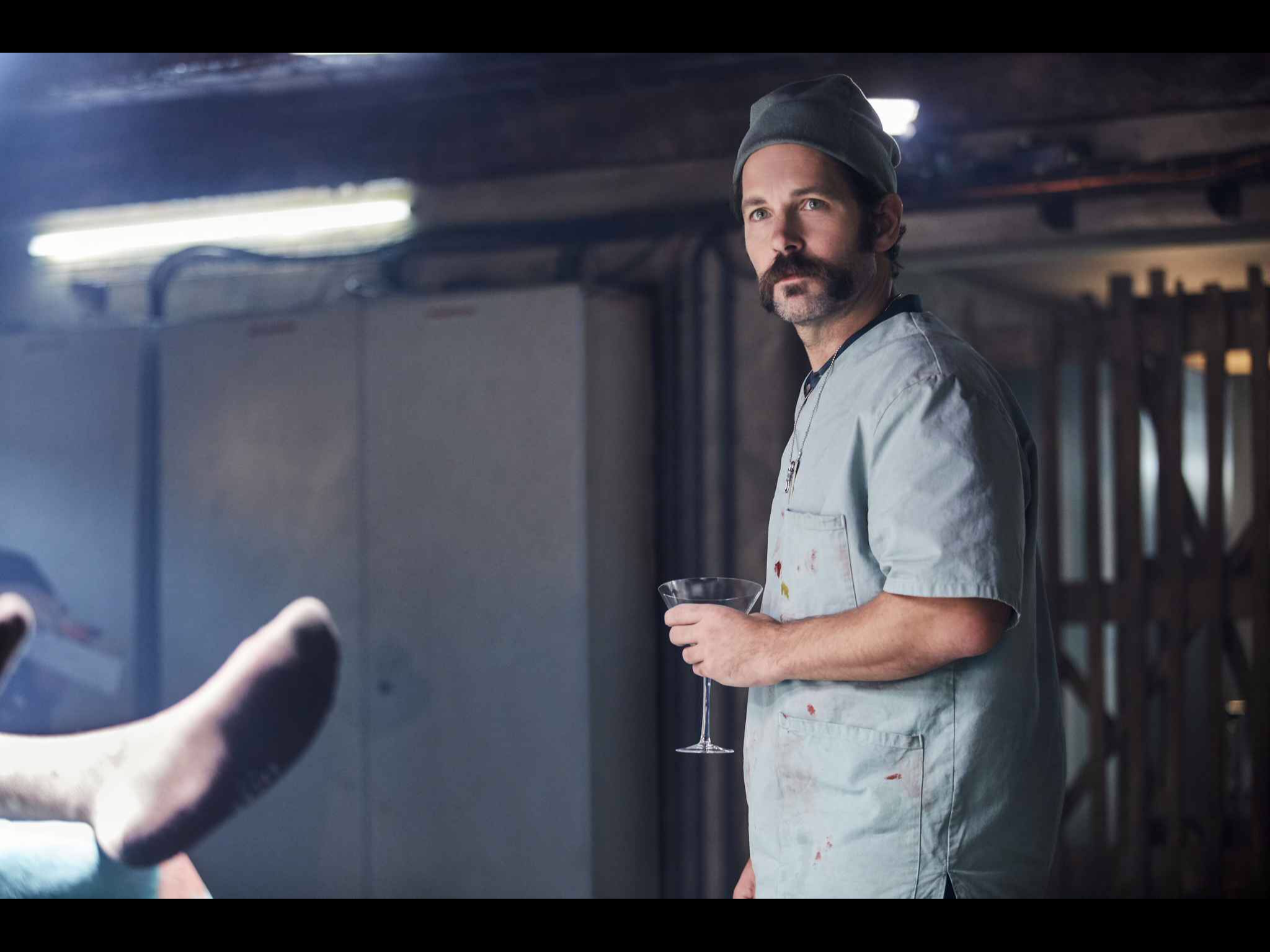 Running concurrently with this is Paul Rudd’s character’s story, in which he is an AWOL soldier and field medic, who is working as a surgeon for the crime syndicate, in order to get papers to return to the United States for him and his daughter, as well as his best mate who is another AWOL soldier, who is a closet paedophile, played by Justin Theroux, and if that name sounds familiar then you are right as he is the cousin of Louis Theroux.
Funnily enough, Paul Rudd gets probably more screen time as Skarsgård, and given how Skarsgård is a one dimensional character thanks to his inability to speak, Rudd is actually the more interesting character.
It is random that Rudd is in this type of film, so either he is friends with the director or needed the money, but it is not the type of film he should be in, and his character feels a little out of place at times with the movies dark-noir wannabe sci-fi style. It is clear that having someone line Rudd in the film, the writer allowed him to interpret the character however he saw fit, and we can see some classic Rudd comedy qualities oozing out of him at times.
Personally I am a fan of Paul Rudd and enjoy most films he is in, which was probably why I actually watched this film out to the end. 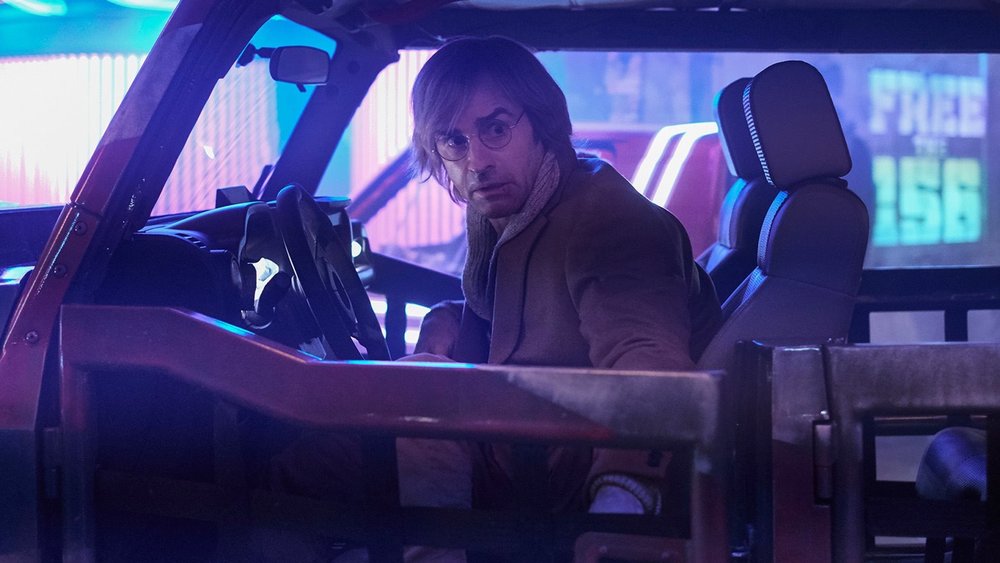 While Leo’s story was a little convoluted and dull, Rudd’s plot was actually more engaging and should have been the main focus of the movie.
Every time I felt myself wanting to turn it off, due to being uninterested in it and realising I have spent the last 15 minutes looking at my phone, I found myself drawn into Rudd’s plot and wanted to know more.
Strangely I was not overly bothered with why Leo’s girlfriend was missing. She was barely in the film and gave us no time to actually get to know her, and her and Leo’s relationship felt rocky at best. The mystery of why she disappeared and what happened to her was not done well and did not really offer much in terms of a result. Sure we learn what is going on, but it did not tie up well with what certain characters involved said earlier in the movie. It feels almost like the overall mystery was not actually planned.
Sometimes they do say that it is not the answer but it is the journey with this type of story, but when the journey is dull and the answer is random, it makes for a bad combination of which you can’t seem to get on board with anything the film tries to have going for itself.

When the actual revelation is unveiled, we are left thinking “oh right”, and then the main focus of the film shifts and becomes about something completely irrelevant to Leo’s character, and the actual true antagonist of the film is not important to the rest of the film. 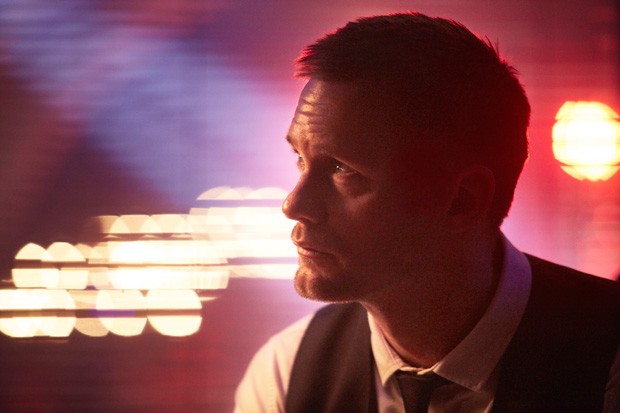 The whole thing feels sloppy. It is a poorly written mess that is only saved by a few characters, but overall, Mute is great example of a bad film. I would not recommend it and give the film a wide berth if you can.
While I was originally drawn in by the setting, as well as the link to the movie Moon, both of these do not play enough of a role in this film to save it from itself.
While the cast do the best that can with what they have been given, but much like the protagonist himself, Mute should have remained silent.