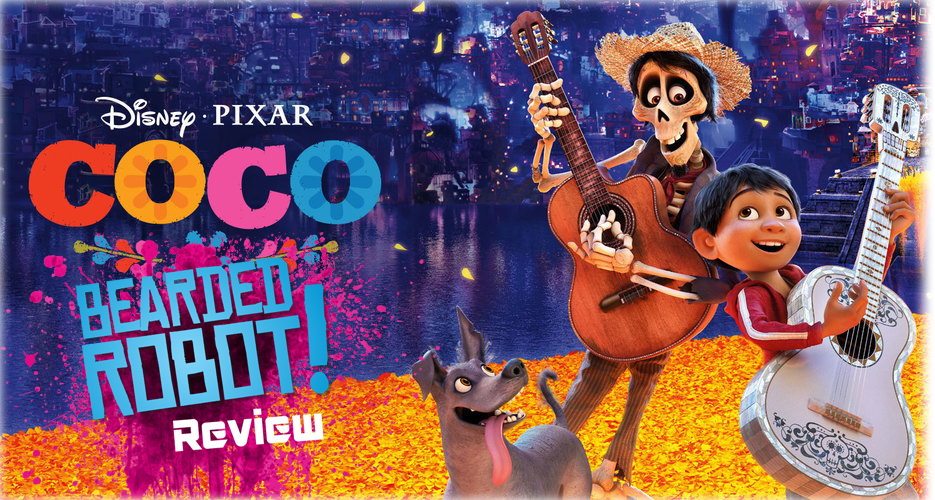 *Minor spoilers, but nothing major. The best bits of this film are the twists*

Who doesn’t love a Disney Pixar animated film? Honest? Toy Story (1-3), Monsters Inc, Finding Nemo, Cars, WALL-E, Up, just to name a few – brilliant. Nothing is better than a nice bit of family time and watching a good Pixar film.
So last night me and the little one (4 years) checked out the latest Pixar film; Coco.

When I first saw it, immediately my first thoughts were that it looked similar to the 2014 film; The Book of Life, in themes mainly, as all Pixar films have a similar feel and look to them. Both films revolve around Día de Muertos (the day of the dead) in Mexico, and as such feature mariachi bands, those colourful skulls/skeletons, and both involve traveling to the afterlife on a journey to really discover what it means to be alive.
While The Book of Life is telling the story of love between two people, Coco is more focused on the love of an entire family. 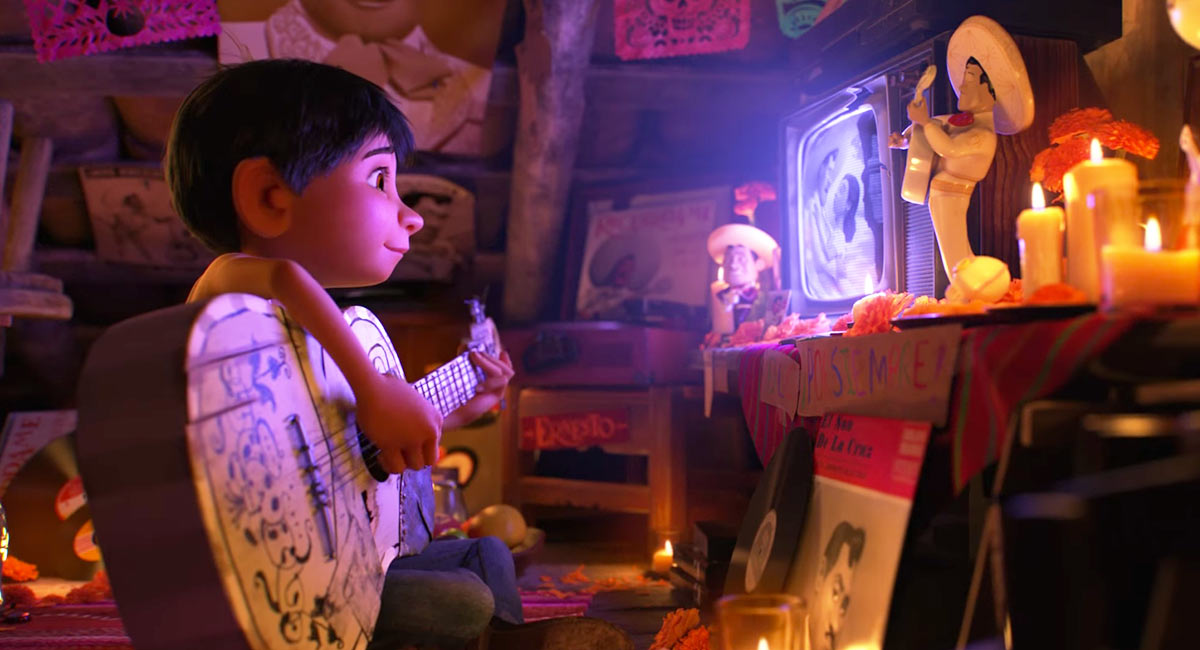 Coco follows the story of a young boy who lives with his family in Mexico. Because of his great great grandfather walking out on his great great grandmother so he could become a famous musician, she forbid music from being played, sung, listened to, and everything else, and the family have kept this tradition going throughout the years, even though the only the great great grandmother’s daughter; Coco, is the only one of that generation still alive, and she is feeble and in a wheelchair due to the fact she is mega old, but her daughter; the protagonist’s grandmother, who is the matriarch of the family, still has a band against any kind of music.
Anyway, naturally Miguel; the little boy and main character of the story, wants to become a musician against his family’s wishes. He idolises a deceased famous singer/movie star, who he discovers is the great great grandfather who left his wife and Coco, so he goes to take his guitar from his shrine at his grave, to enter a music festival. Taking the guitar causes him to become cursed and enter the realm of the dead. Here he must receive his dead relative’s bless in order to return, before sunrise, other wise he will be stuck in the land of the dead forever! However, his family do not want him to pursue this dream of being a musician and will only give him their blessing so long as he gives it up.
He decides to go and find this great great grandfather, as he knows that being a famous musician himself, he would give him his blessing without such terms.

I will leave the rest of the plot there as one of the good things about this film is the reveals that occur throughout. Of course, halfway through the film, I guessed the big major twist, but there was still enough of a great pay off to still enjoy its reveal. 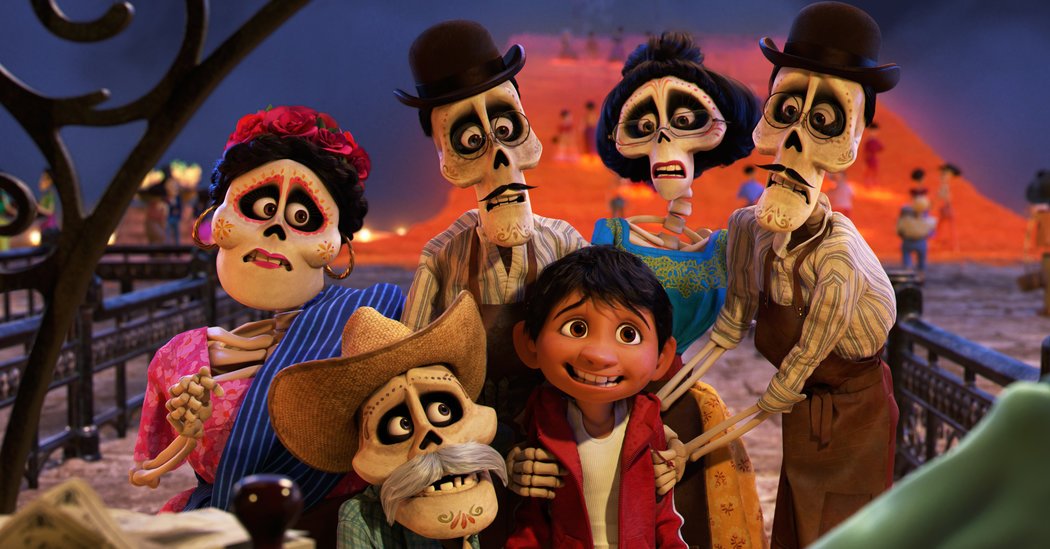 I personally found the beginning of the film a little hard going, where as Toy Story, Monsters Inc, and Finding Nemo draws you in straight away because it is talking animals or toys or what not, Coco, being predominately human-beings, was not as interesting. This was just at first though. Once the film got going, it was a great ride, especially the last quarter of the film that did really hit hard (not necessarily in a bad way).
It reminded me of Up in reverse, where the sad thing occurs at the start of the film. But that is not to say that what does happen is sad, it is just an emotional roller-coaster that I know will cause a few members of the audience to shed a tear.
Speaking of Up, there is a similar theme/twist in this movie, that I will naturally not mention, but it is easy for me to say that Up is the closest previous Pixar film that I can say Coco is similar to.

I did find the film quite interesting, as my knowledge of the day of the dead is minimal, but see how the residence put out pictures of their deceased loved ones, so that they can never be forgotten, is a nice sentiment. I have a thing about being dead and forgotten, so the end of the film really did connect with me.

A good thing about Coco is that it does not rely on big star names to carry it across. Much like previous Pixar films (Monsters Inc not included), it does a few people that you recognise (in this case; Edward James Olmos and Benjamin Bratt), but it does not use these to draw you in. Maybe because it is a Pixar film, that is enough of a hook, but its sole focus is to tell an interesting story, which it does do, despite a little hard going in the beginning third of the movie. 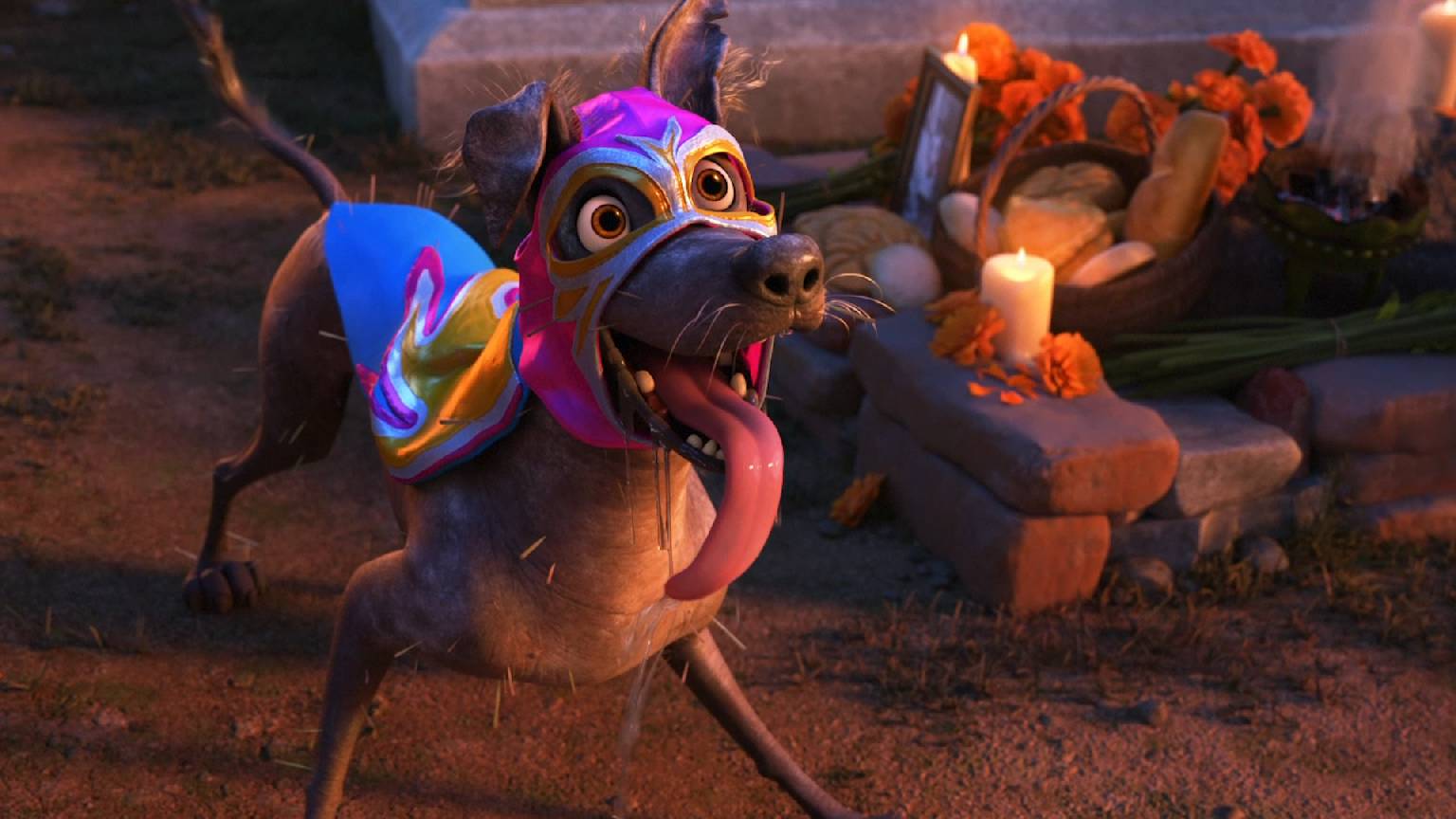 Overall I really enjoyed Coco. When I was first watching it, I thought that maybe it was a bit of a dud and did not hold up to other amazing Disney Pixar films such as Toy Story and Finding Nemo, but as the film developed and the story evolved, I found myself being sucked into it and eventually really enjoying the emotional last quarter of it. While it does have a few cliché moments that occur with the primary antagonist once they are revealed, and the twist is a little predictable about halfway through the movie, what they chose to do with these moments are done brilliantly.

If you have children, or are just a big kid at heart, then I would happily suggest Coco to you.