A Futile and Stupid Gesture – Review 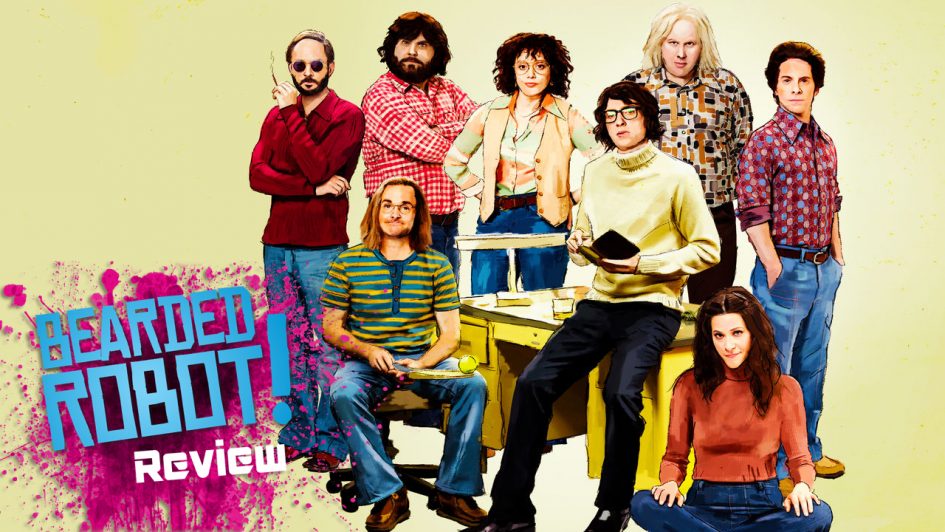 *No Spoilers*
I have a confession to make. I had no idea what “National Lampoon” was. I know the classic films of the 70s and 80s (such as Animal House and Christmas Vacation – which I only just rewatched two months ago!), but I never knew what the “National Lampoon” part of it meant.
Well, Netflix have answered those questions by releasing ‘A Futile and Stupid Gesture’ – a comedic biopic of Doug Kenney as he and his college friend; Henry Beard, decided to start up their own comedy magazine titled… wait for it… National Lampoon, which eventually spawned a radio show, live performances, and yes… movies! Therefore answering that age old question (for people in their early 30s and below who know the films but were too young to know where it originally came from) of what that part of the title in those films meant. 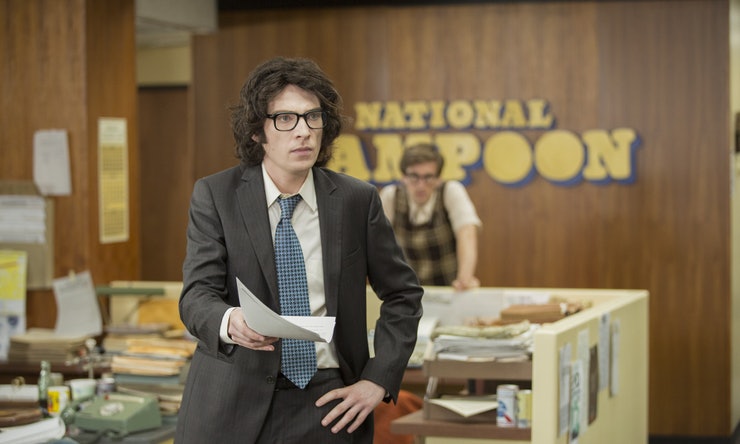 Now I had read a lot of negative about this film, so I am not sure if maybe that helped me like it, as that usually happens, but I was surprised that the film did receive as much hate as it did. It is by no means a masterpiece, as a lot of biopics are, but I found it incredibly interesting, and it did not take itself too seriously. At times it leans towards slapstick, but it does not ruin it given how you can imagine this was how these guys acted back in the day.

The film follows the Doug Kenney as he tells you the story of him and his friend starting up the magazines, the sacrifices he had to make in order to make it a success, his mental break down, drug abuse, and do whatever he can to make it big in the harsh world of magazines in the 70s.
It follows through to him writing Animal House, as well as the classic film; Caddy Shack, despite Aeroplane being released the same year and, at the time, being regarded as the better comedy, although nowadays I am not sure a lot of people would agree. But it is interesting to see the inside of the National Lampoon magazine and their actual writing process. It did remind me a little of Bearded Robot, but on a much larger scale.
All of this is done with a pinch of salt, and they even admit that they fabricated some of it, or embellished it a little, in order to make it a more interesting movie. It also makes a reference to all the people cut from the biopic, in order to make this film better, which is a nice touch as usually there are always people who get cut out of the story of biopics who feel that they played an important part in the story. 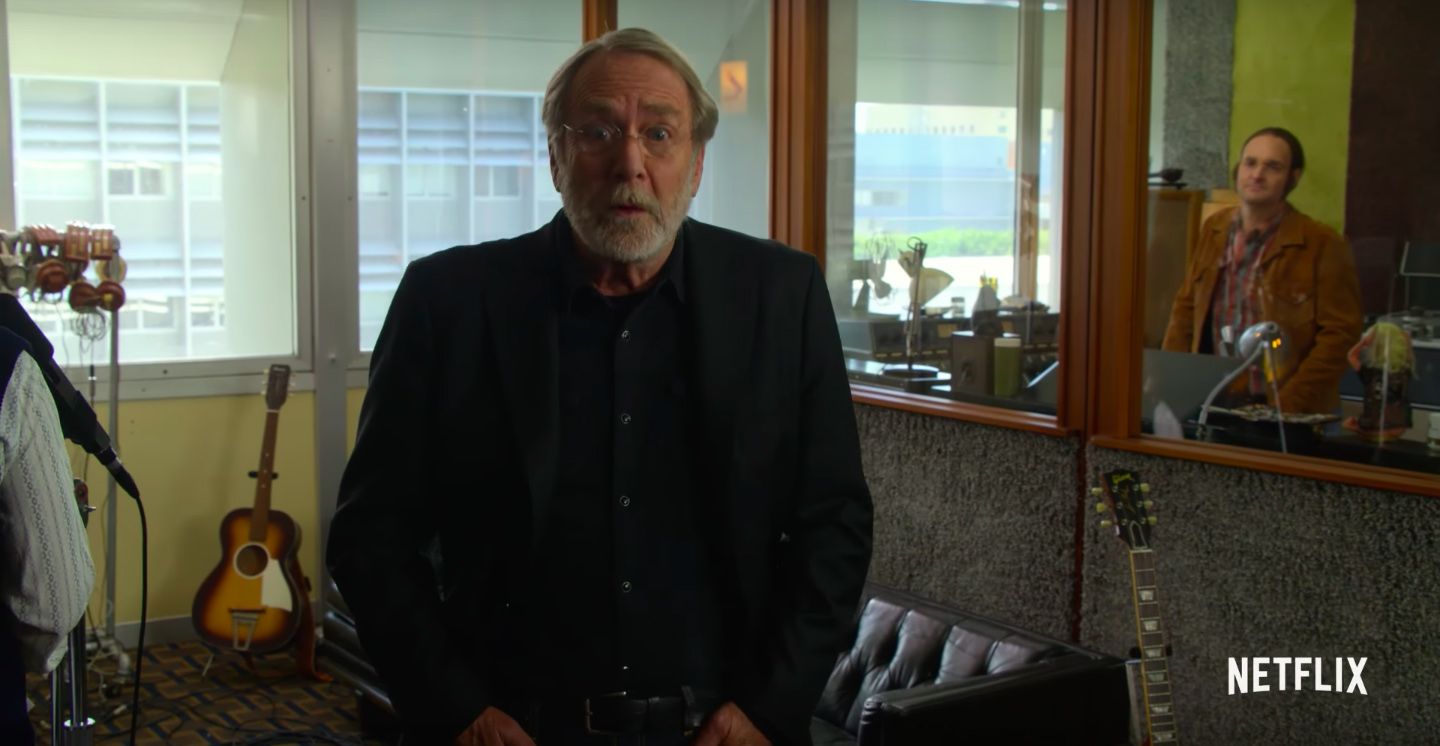 It stars Will Forte as Doug Kenney. Now if you do not know anything about him, then this film is perfect for you, as the ending is quite surprising, but it loses its impact if you already knew what was coming. Will Forte does the role fine, but I watch him a lot in The Last Man on Earth, so I felt he was playing a very similar role.
Domhnall Gleeson plays Henry Beard, the co-founder of the magazine, and he is also great. I am not sure why I am seeing so much of Domhnall recently, as the night before I watched Ex Machina, and not long before that I saw him playing General Hux in Star Wars: The Last Jedi.

There are a lot of other well known, or at least recognisable actors in it who play other well known actors, such as Joel McHale as Chevy Chase, and Seth Green as Christopher Guest.
If it sounds like all of these actors are from Saturday Night Live, then you are on top form, as National Lampoon, or at least writers from it, went off to spawn SNL, so it is clear that the actors from that show were the best choice for this film.

I never knew that Chevy Chase, and the rest of them lot, were all massive coke heads. Actually… I did know that as John Belushi died of it, but I never really thought about his circle of friends must have all been bang on it. I don’t want to think about Dan Aykroyd’s involvement.
Now thinking about it, looking at Chevy Chase in National Lampoon’s Christmas Vacation, I can actually see it in his eyes and his mannerisms.
Some great moments in this film are when Doug Kenney is throwing a mad Hollywood drug fuelled pool party and offers to show people what $2,000 worth of cocaine looks like. Or when Doug and Chevy are in Hawaii (following Doug’s second breakdown) and they order in a load of tennis balls from their dealer, which is stuffed full of cocaine. I am not sure if this actually happened, but I am planning on having a read up afterwards.

Going back to the film, rather than the history of these actors, it is a great underdog story that I found really interesting. If you are into these type of films, then maybe understand that this is a bit of a facetious way, in the sense that it is, at heart, a comedy.
If you are a fan of the National Lampoon movies, especially Caddy Shack, then this is a great film to check out as you will learn so much about it.

It is at this point that I would like to say that A Futile and Stupid Gesture features one of the best Bill Murray impressions I have ever heard. It was actually amazing, to the point where if you closed your eyes, you can imagine it was him. If anything it made me want to rewatch Caddy Shack just for Murray alone!
This moment totally sold the film for me, but it does not steal focus away from the main story, in fact none of the big well known actors (or actor parodies) take any limelight away from the story of Doug Kenney.

Overall, even though A Futile and Stupid Gesture has been receiving negative reviews, I fought it very interesting and comical. While some of the jokes don’t actually connect, the fact that it is a biopic does help us see past this to tell an informative and sorrowful story, but in a strangely fun and uplifting way. 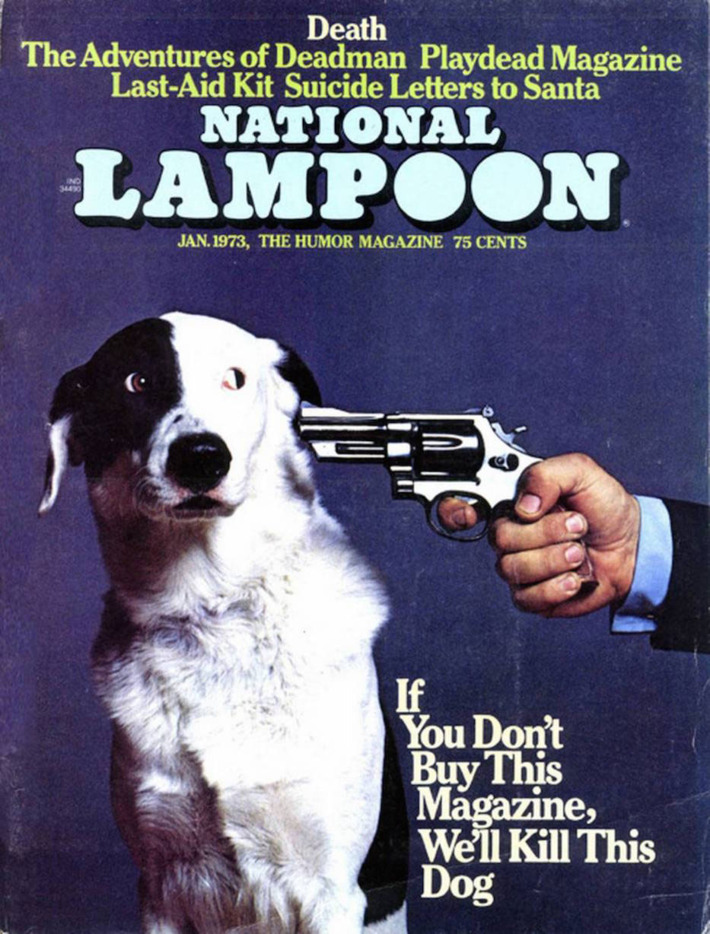