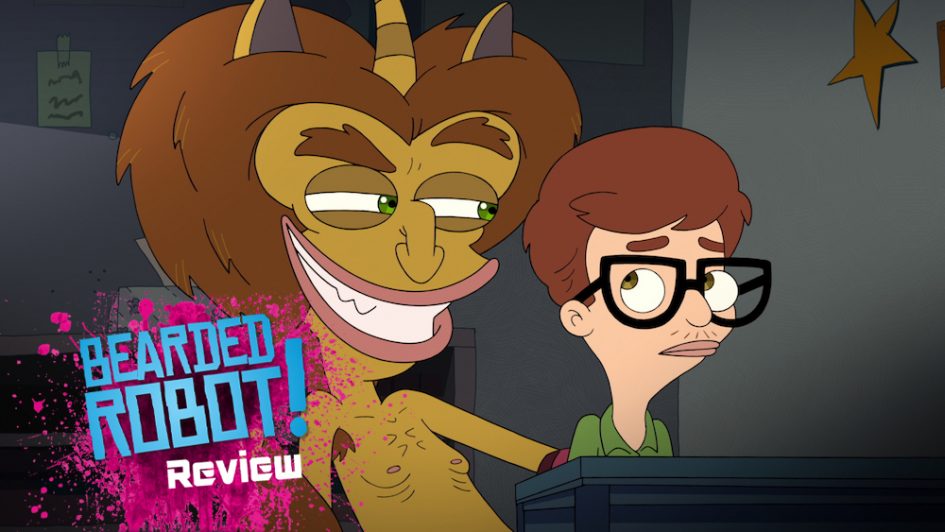 The other week, me and the missus were sitting around trying to find something to watch. I was probably waiting for her to go asleep to I could get on the Xbox, when we flicked through Netflix and saw the new TV show on there known as Big Mouth. Now I had watched the trailer a few weeks previous and it seemed okay, so we chucked on it. While the first episode was okay, it interested and made us laugh enough to check out the next. The second episode was brilliant and we were instantly hooked. Soon we had smashed out all 10 episodes available and am now left feeling gutted that it is over. I hope that Netflix do renewal this show for another season, as it is crude and disgusting show, filled with sex jokes and fart humour, to stand shoulder to shoulder with the mighty South Park, which to me, is one of the O.Gs of this type of thing, and that itself is a brilliant achievement.

The show is created by Andrew Goldberg, who have worked for previous shows such as Family Guy, and Nick Kroll, who has stared in many comedy films over the years. Both serve as pre-teenaged version of themselves, as the two main character’s are called Nick and Andrew. 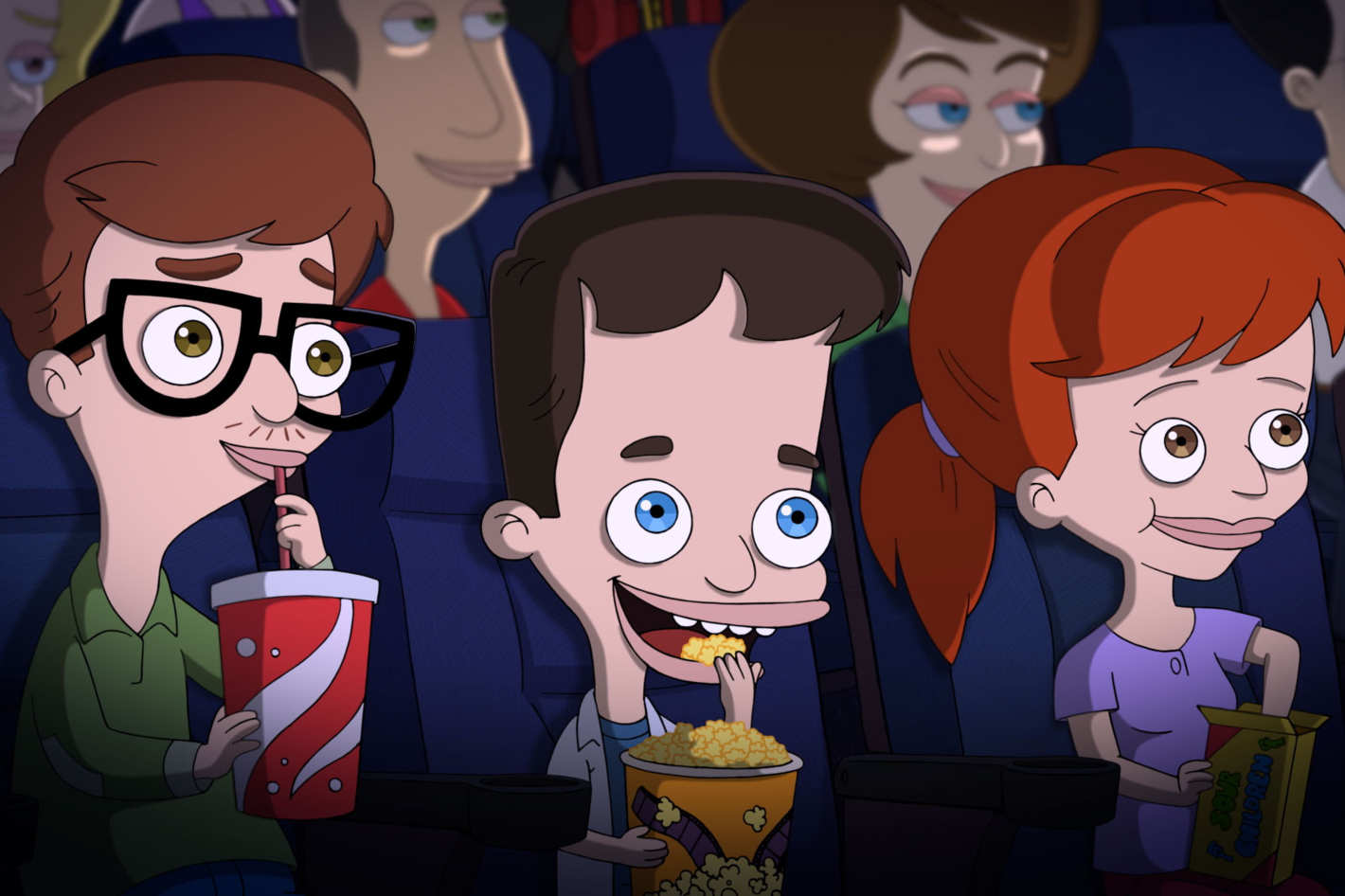 The show is described as “A Coming of Age Story… Coming all over the place” and that pretty much sums it up perfect. The story follows two twelve year old best friends who have recently started to discover themselves, women, and everything else that comes with adolescence. Andrew and Nick are the main characters of the show, but the two main supporting characters almost get enough screen time to warrant them being main characters themselves.

Giving you an understanding of the main characters might help put this show into perspective for you:
So Andrew has just recently started to experience puberty and has started to realise things like pubic hair and masturbation. He is visited frequently by Maurice; the Hormone Monster, who serves as his conscious and voice of vulgarity. Pretty much everything out of Maurice’s mouth is pure filth, from skull-fucking Garrison Keillor, to advising Andrew on when he should get his nob out and show it to the girls. Of course Andrew is a shy and geeky Jewish boy who doesn’t have many friends other than Nick, Jessi and Jay (played by Brooklyn Nine-Nine’s Jason Mantzoukas), so he is often taken aback by the Hormone Monster’s crudeness.
Andrew is a nice and kind hearted kid, who is often lead down darker paths by his inner urges, or lead astray by his friends.

The monster himself is a creature of pure make believe, having multiple portable fluffy dicks, and apparently being created at the dawn of man. He has served many teens over the years in their help to achieve manhood and is sometimes often having little one on ones with other characters in the show. Maurice often breaks the fourth wall and interacting with the audience.
He is by far the funniest character in the show (just ahead of coach Steve) and you know that you are in for some foulness whenever he appears on screen. He is sex crazed and not turned off by anything no matter how vulgar it might sound. 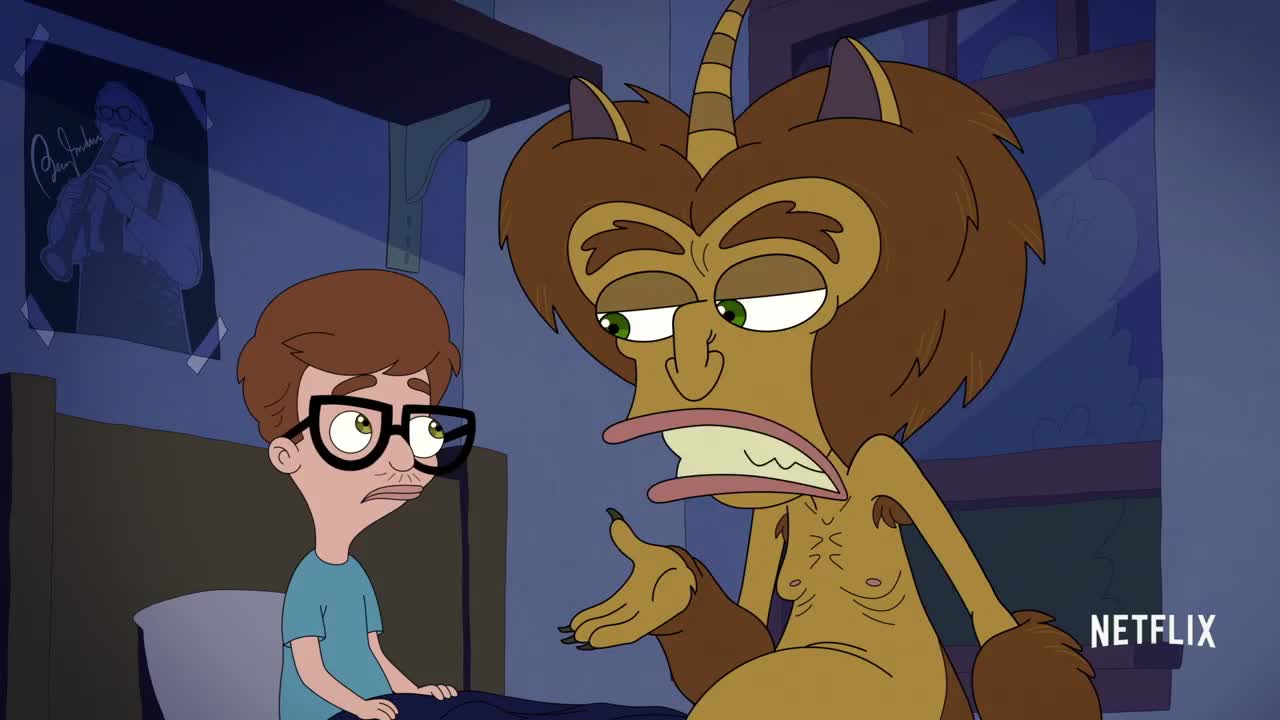 Nick is the other main character. He has not yet started puberty and so he is a little behind in that respect (as the hormone monster has not yet started to visit him). He is trying to break free of his parents smothering him and try to become a man in his own way. He is always trying to get a girlfriend and really just wants to experience sex, despite the fact he doesn’t really know anything about it.
He gets advice from the ghost of a dead 1920’s jazz musician who haunts the house his family live in called; The Duke. The Duke helps Nick by giving him advise to how to speak to the ladies and just generally fatherly advice, as Nick’s own father treats him like a baby and is far too loving (reading Hug Magazine and offering to be Nick’s friend’s mother if they ever needed one).

Jessi serves as the female side of this coming of age story. She is visited by her own Hormone monster; Connie, who is dangerous and hormonal (if you could have guessed). While Connie is not as crude as Maurice, she has her moments. She is more focused on getting Jessi to rebel against her parents, who are stuck in a loveless marriage.
Jessi herself is discovering things about herself, such as her vagina, period, boys, and all the other stuff that woman have to go through when they reach this age. 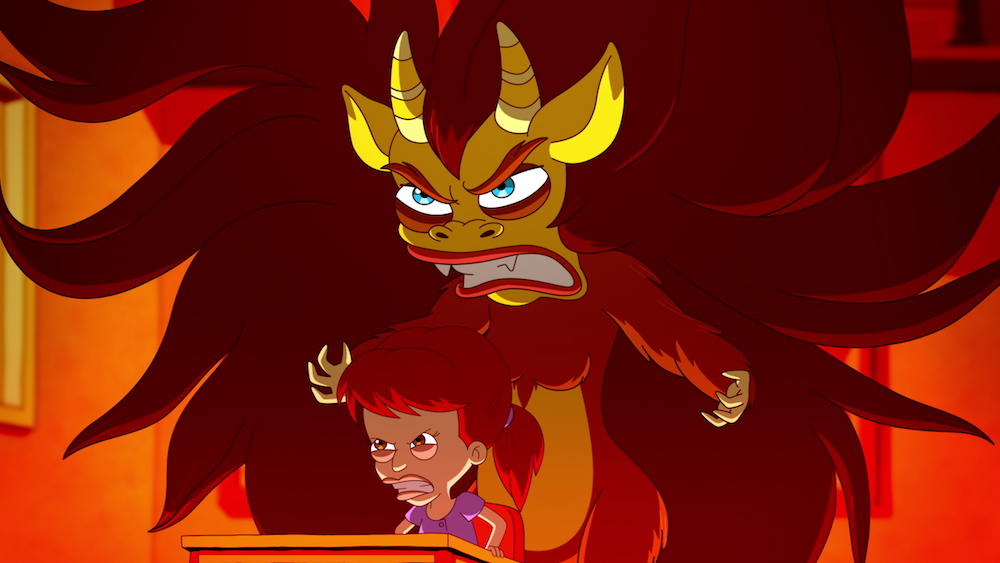 Jay is the other sub-main character of the show. He comes from a trouble background where his family were not very loving, and his brothers are dicks, so he is just trying to find some comfort in th world. He is also into magic, and Jay’s one liners (such as starting up rumours about people eating little pieces of shit as his go to, or anything involving Party-Wolf) are hilarious.

The other chracters in the show do a fantastic job of making this world seem like madness to the children as they begin to reach manhood. Both Nick and Andrew’s parents are funny in their own ways. Andrew’s dad is just such a cliché jewish man that you can’t help by think that Andrew Goldberg’s father was actually like that when he was a kids.
Coach Steve is absolutely mental and quite possibly one of the funniest characters in the show. He is always up to complete randomness and no one likes him, but his positive attitude is admirable.
The support cast of the show is great and I can’t think of a single time when I was not enjoying myself whilst watching it.

At first I thought that the show would be an episode a story kind of jobby like South Park (the original ones anyway) and The Simpsons, but the whole season serves as one big story. They even link stuff back to previous episodes, as well as bringing up jokes from them and breaking the fourth wall by referencing them, which was a nice little touch. 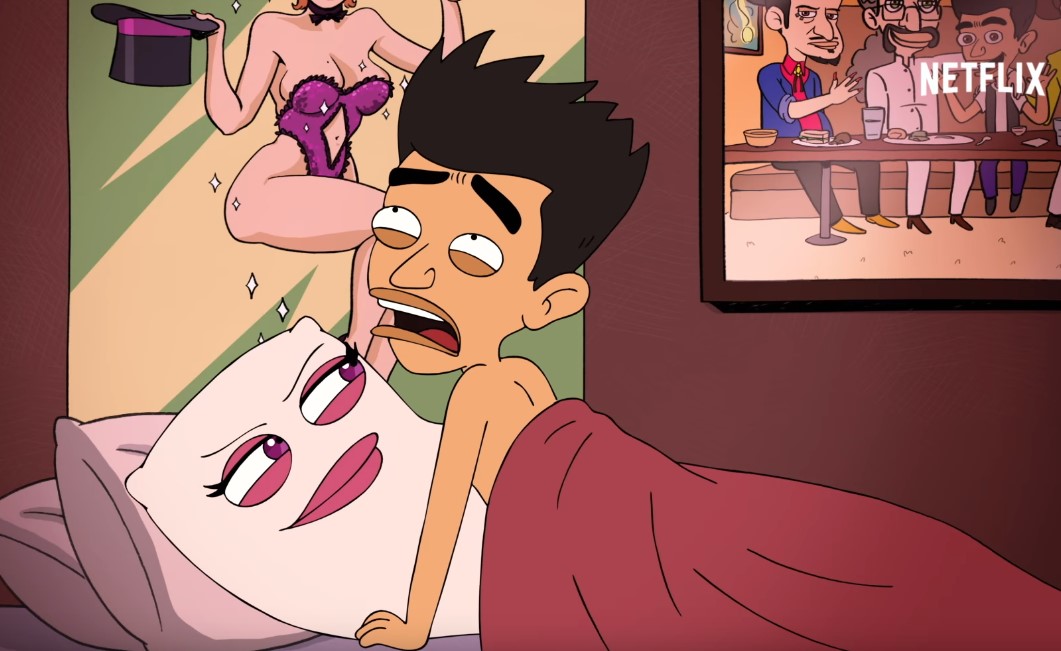 As it stands, Big Mouth has a 100% approval rating on Rotten Tomatoes and has received positive reviews all across the board, and I would have to agree. It is only 10 episodes, but that should be enough to sink your teeth in and enjoy. If you are looking for a quick 30 minute animated crude show to help fill in any spots you have between your major shows, then I would highly recommend this show for you. In fact I would recommend it anyway as me and the wife both loved this show, and we often have different ideas about what we find funny, thankfully Big Mouth was hilarious for everyone… who likes that sort of crude, foul, disgusting, and otherwise vulgar humour.