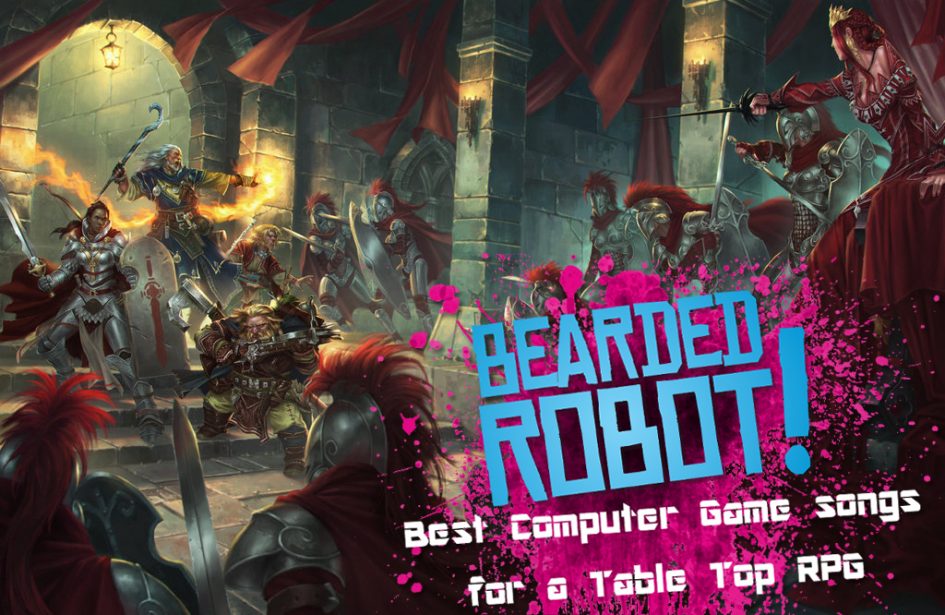 Music is a very important factor when running table top RPGs. Like in all films and computer games, if it is done correctly, then you can make your audience specific emotions at the right moments in time. In action sequences, you can play intense battle music to get players’ hearts racing as a group of Owlbears descends upon them. Or, before that even happens, you have an eerie theme growing more and more intense in the build up just before. Even simple things such as entering a tavern or the inside of a holy monastery should have a different theme from the simple tunes of downtime and free roaming. Having this type of music really sets the scene for your players and help immerse them into the world or quest that you (as a Dungeon/Game Master) have either created or are currently running that session.

I am a huge fan of setting the scene for my players whenever I am DMing. Although I am not a huge player of actual D&D, I have played a lot of the RPG Pathfinder, and due to the fact that I always get into creating the world, lore, and quests, I tend to be the DM more than most when we do play.
I have no problem with this as I love evolving the story or laying the groundwork for twists later down the line.
Personally I am more of a fan of creating my own worlds and quests, all using the standard Pathfinder RPG rules (mixed with a lot of House Rules to either speed the game up or make it more enjoyable for the players), and so when I am writing a new quest, I am always thinking about what music would be perfect for each section or encounter involved.

The classic ‘Fantasy’ setting is by far the easiest and greatest one to run. I have previously ran a Post Apocalyptic campaign and a Cyber Punk themed campaign, both using the D20 Modern rule set, as well as a self created D20 based Star Wars themed campaign, and finding music for these became a little more tricky. Thankfully a lot of awesome Retrowave 80s style music that is perfect for the Cyber Punk, or the Fallout-meets-Mad Max setting that I had for the Post Apocalyptic, but most of the time I always feel back into using the amazing fantasy-esc music that I would use for a more traditional role-playing game.

When looking for music for a quest, what better place is there than computer games. While films do have good theme songs and music throughout them, you’ll find that gamers have an ear the type of music that fits perfectly into a table top RPG game. I think it comes from running around a map or a single area, with the same piece of music playing over and over and over. You can’t get away with that in a film. A player can spend hours in the same place, trying to defeat the same difficult boss that they keep dying on, searching for secrets, or struggling to figure out how to complete a rather complex puzzle.

I have always found that there is a line between table top games and computer games. A lot of the mechanics in a table top game can easily be transferred across, and vice versa. I have often been playing a board game and thought to myself “This would make an amazing computer game!”, and I have often used ideas and mechanics, taken from video games, to add a unique sequence into a quest in Pathfinder, or to simply mix it up a bit.

I am by no means claiming to be the greatest Dungeon Master that have ever lived, as I mentioned before, I have not actually played much D&D, but I am a gamer and a writer, so the two combined means that I have made some pretty fun and exciting quests (sorry to blow my own trumpet), and players have always left coming away with a smile on their face and some great memories.
RPGs have always been about the players, and if you have a bad group, then no matter how good a quest you have is, or how perfect the music you have chosen for that particular section of the game fits, then the night is not going to go well.
The coalition between the DM and the players is what makes a fantastic game, but if you have a good group, then dazzle them with some immersive music to really draw them into the story that you have worked so hard to tell.

The best way is to use YouTube and create a play list, but make sure you get the ‘Extended’ versions, so you are not having to muck about too much with it. Sometimes if you have a large downtime or free roaming area, then be sure to have a couple of extended songs playing one after another that fits with that part of the game. There is nothing worse than the music suddenly changing over to an epic battle scene when the players are still walking down the sunny path towards a meadow, which really does give the game away.
The only issue with YouTube is that they have adverts. While the play lists are ideal, having an Old Spice advert pop up suddenly during a showdown with the final boss is a great way of breaking immersion.

So, with that in mind, here are my favourite pieces of computer game music for a fantasy themed Table Top RPG (In no particular order). I have tried to get a number of different games, but many games in the same series (such as Final Fantasy and The Legend of Zelda have many different songs that are excellent for this subject).

That was just 10 that I could think of to use for any table top role playing game. As I said before, there are more songs within these games that are just great to use for anything. Pick your favourite game and try to remember the best piece of music from it, chances are it will fit well with the right moment.

Hopefully reading this has inspired you to play more. I know it has me. Now grab your dice, pawns, and rulebooks and make some epic and cinematic experiences for your players and for yourself.

Or better yet, tell us some of your favourite below in the comment section.