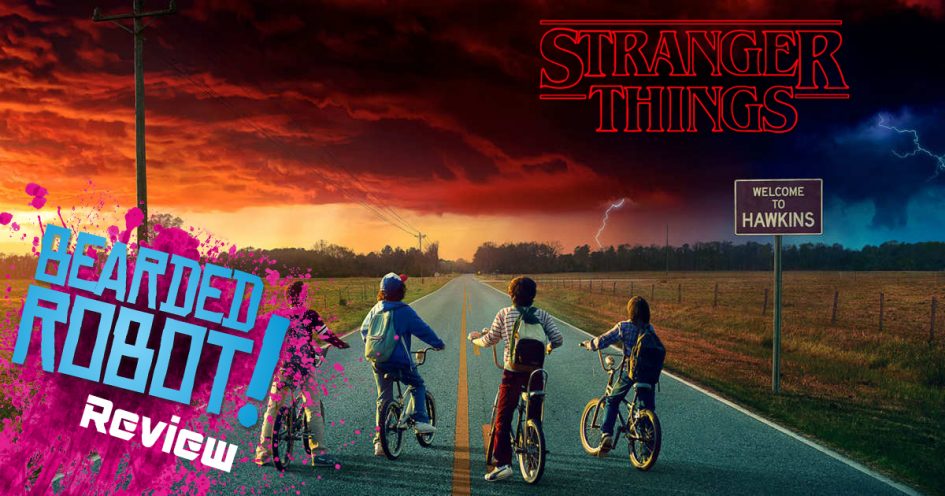 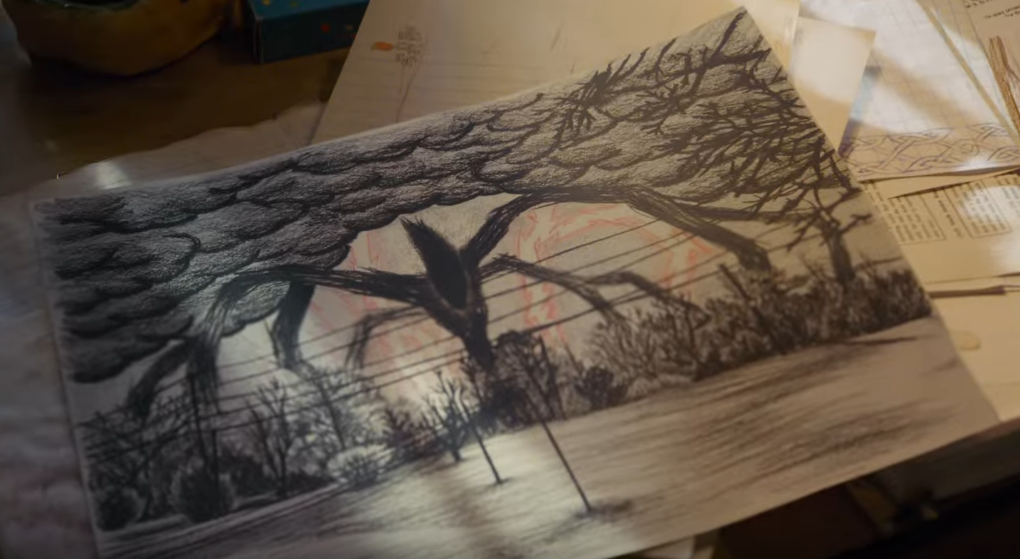 If I could describe Stranger Things season 2 in one word, it would be: Bitchin’ – an in-joke for anyone who has seen all of the season, but that does reflect the second season of the show perfectly. Having just finished it last night, I am still a little buzzed from everything that transpired, so naturally this review will be mostly positive. Anyone looking for my usual bag of pessimistic slagging off should go to maybe my Ray Donovan review, as there will be little of that here.

The first season of Stranger Things was something that came completely out of left field. Other than Winona Ryder, there was no one famous (at the time) in it. Normally new shows have a well known lead as the face of it to draw people in, but Stranger Things focused more on the fact it was a big 80’s wank fest. Everything from music, TV shows, Films, toys, and cars made an appearance here, as well as the entire thing feel as if it was an 80’s science fiction show, but with up to date CGI (at times… except for that Quarry scene in season one).
The story carried it, as you felt yourself desperate to know what was going on. It covered a lot of ground, from the kids looking into their friend’s disappearance from a very Dungeons and Dragons frame of mind, Hopper’s actual police work and uncovering a conspiracy with a nearby laboratory, to the missing boy’s mother discovering she can communicate with him from the other side, and Eleven herself and her badass powers. Each story kept your attention. Even the story of Mike’s sister and her love triangle. Everything seemed to work and by the end of the 8 episodes (which was long enough to not outstay its welcome, yet still had us wanting more), everyone had thoroughly enjoyed what they had just watched.
The end of the series closed enough, but still left a few bits open for us to be excited about for the next season, such as what happened to Eleven and that thing that Will coughed up into the sink. 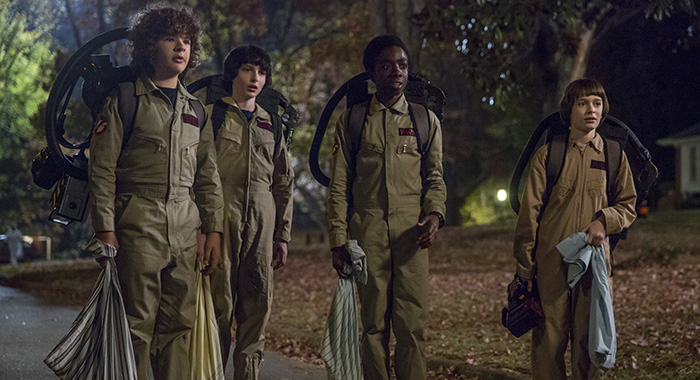 It was no wonder that EVERYONE was excited for the second season, and a week before Halloween, Netflix delivered the entire lot for people to binge watch over the weekend and beyond.
My missus is not a fan of binge watching, but I actually managed to get three in a row with her, so that really shows how much she enjoyed it. Normally she would have fallen asleep or lost interest, suggesting to do something else, so I was pleased to see that the second season had gripped her.
A friend of mine actually sessioned all 9 episodes in one hit! Which is some serious viewing, if not maybe he might not have had enough time to properly digest what he had watched, so maybe a second viewing in a few months time might be on the cards.

So, the second season kicked off with the status-quo returning. The kids, including Will, go back to their lives and school, Steve and Nancy are back together (despite the fact I thought her and Will’s brother; Jonathan, were getting it on), and life in Hawkins seems to have got back to normal following last year’s run in with the Demogorgon, that is for everyone except Hopper who has been keeping Eleven hidden from the guys over at Hawkins Labs, who are naturally up to no good now, only with Paul Reiser (Burke from Aliens) now leading them as Doctor Owens.
It appears Will has been having a few episodes as of late and seems to have a strong connection to the Upside Down following his time there. His mother is taking him to Hawkins Lab to speak to the doctor, but in Will’s visions, a strange ominous force is approaching and looking to break through into their world. It is all very exciting stuff that builds up perfectly throughout the season. 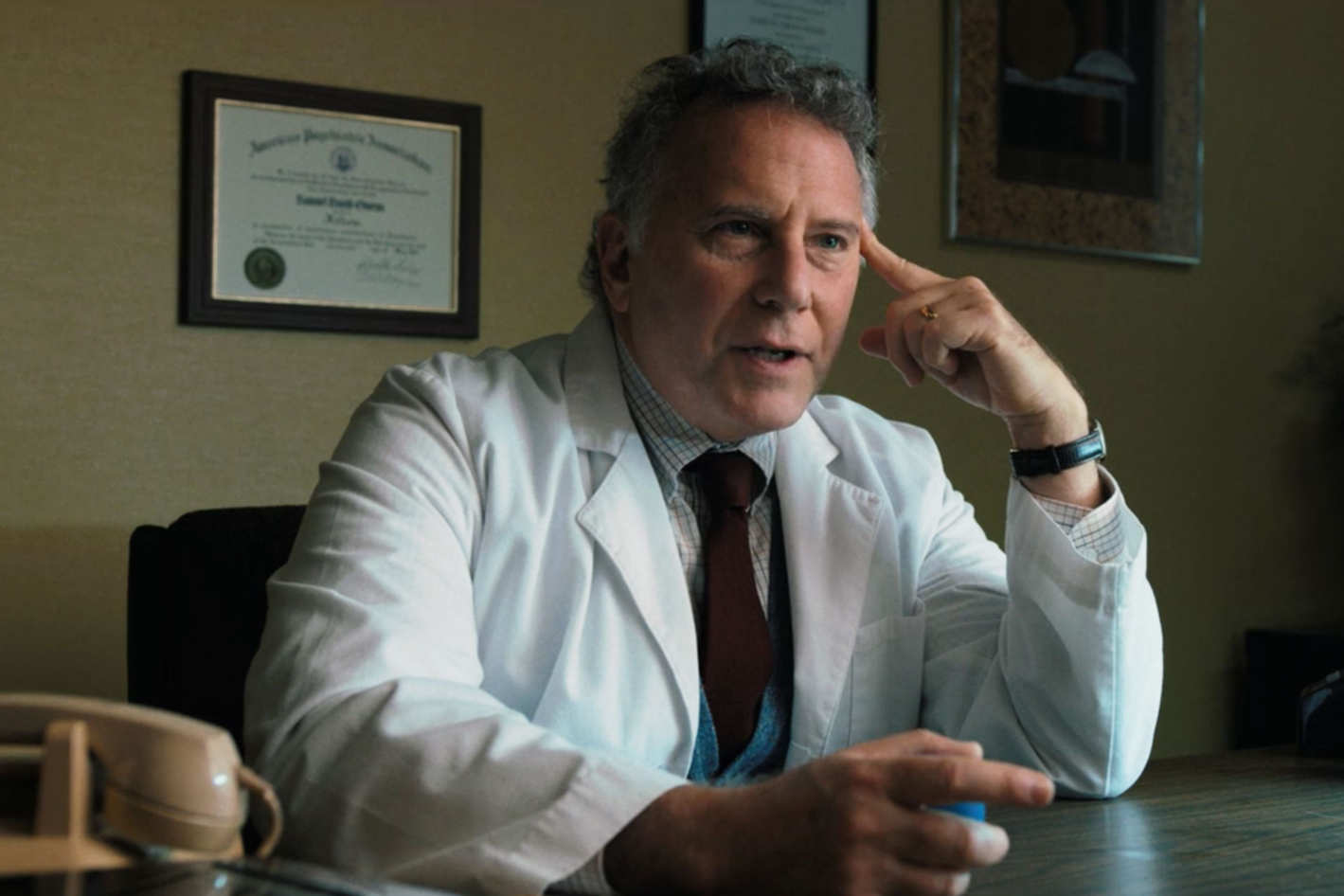 Other than Doctor Owens; who is brilliantly played to never truly know (at first) whose side he is on, the only other new characters worth mentioning (other than Bob, who I will address in a bit) are Max (or Mad Max); the new girl at school who skateboards and plays video games as she is super cool and just wants to be accepted as part of the group, and her rock and roll troubled douchey brother; Billy. Billy is a bit of a cliché, especially of classic characters from 80’s movies, but I suppose that is the thing about Stranger Things, so it works perfectly.
One thing that I like is that every character is well rounded and have enough of their own individuality to separate them from one another. None of them feel unnecessary, and while Steve; Nancy’s boyfriend, doesn’t really get much of a story here as he is more just a tag along, towards the end of the season, really becomes one of the best characters. Especially when the baseball bat with nails start coming out. He, in my opinion, is really an unsung hero and never really gets the admiration he deserves. I think he is brilliant. 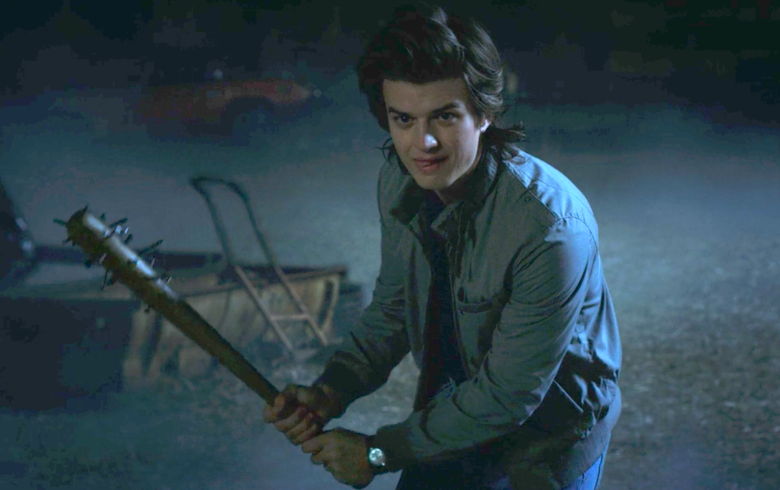 Dustin, an already beloved character from the first season, really comes into his own here and gets a lot more screen time and his own plot, instead of being just a support character. His relationship with Dart; a creature of unknown origins (which I totally called by the way) has a real Gremlins feel about it, which I loved. The Duffer Brothers; the creators of the show, really do know how to create references to old 80’s movies, without directly ripping them off.

Lucas also gets a bit more screen time than he did last season, as this season moves away from Mike a bit and has him in more of a background role to focus on the other characters, which I am all for. While he is the least interesting of the group, there is still some good moments to found here in his own individual plot.

As I said, Mike is moved a little to the back burner for a time until the end of the season when Eleven comes back into the fold, at least with the group. As you see Eleven is discovering more about her past and who she really is. A great standalone episode has her searching out and finding another Hawkins Lab experiment and their ragtag team of criminal Outcasts (all of whom are straight out of any 80’s movie you have seen with a street punk in). The whole episode is well written and, even though it takes us away from the main plot (which at this point is really getting intense), had us eager to find out what this other character has to say about her.
Eleven is just naturally badass and continues to become even more so the further the show goes on. By the final episode, she is exactly where the writers want her to be in terms of her own persona, and I look forward to seeing her if the show continues for a third season. 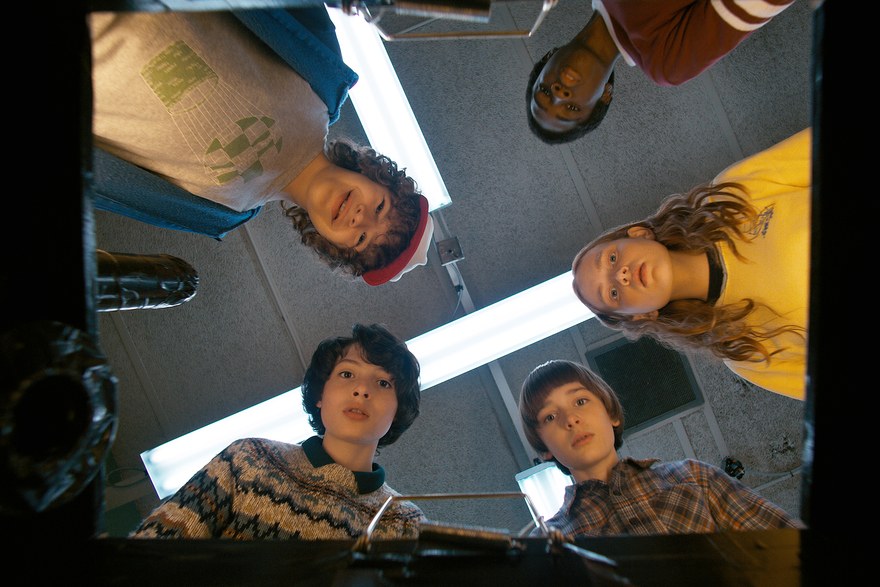 Hopper is another loveable character who, although he is just trying to keep Eleven safe, does come across as being overprotective and a little controlling. He is trying to keep everyone safe and find out what is happening, despite most of the time getting his arse kicked.

Nancy and Jonathan’s love triangle with Steve is a little flat in my opinion. Their story of getting justice for Barb (who died last season) was a bit confusing at one point as I had no idea what they were actually doing, but their story focused more on their awkward relationship with each other, which really should have come into the fold at the end of the last season.

Finally newcomer; Bob Newby (who I am pretty sure is the name of the premade family in the original The Sims game), who is Will’s mother’s new boyfriend, played by Sean Astin (of Samwise fame from LotR) is a fantastic addition to the show. He optimism and kind nature just makes him instantly loveable. He is eventually pulled into the madness of the main story and really shines when the shit hits the fan. He was just fantastic and I personally love Bob Newby to bits haha. 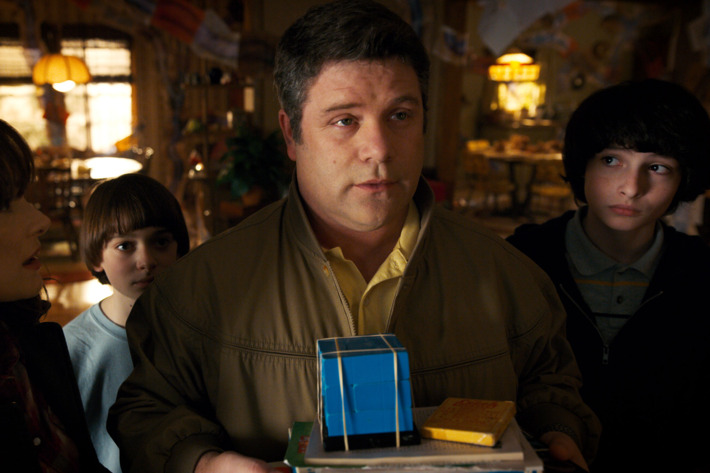 As for the story of the season, it would have been easy for the creators to tread familiar ground, and while they do this in a little capacity (with the drawings on the wall had echoing factors that felt similar to that of the lights from season one), this season really does up the ante and further develop the universe, giving us more information about the Upside Down, the Demogorgon, and the strange enormous creature (the Mind Flayer) from Will’s ‘Now Memories’.

While I don’t really want to go into much of the story due to spoilers, I will say that if season one was the movie; Alien, then season two perfectly fits in with its sequel; Aliens. And that isn’t in the term of “there are more creatures”, it is that where season one focus was more on the horror, season two is a good mixture of both horror and action. Episode 8 comes to mind as this was probably the greatest episode of the entire series. It was action packed and intense, that made you feel incredibly worried for a few characters who you, at this point, had grown to love throughout the season. With the way episode 8 ended, it was silly for me
Prior to that, episodes 5 and 6 really spring to memory as being great ones, but really, thinking back, they all had something that kept you engaged throughout, as well as thinking “shall we watch just one more?”
There are a few great scenes at the very end of the season that show what the characters are up to following the aftermath, that are just lovely to watch. It also has a cheek little hint of something for next time, should the show come back for a third season.

If you asked me last year if Stranger Things needed a second season, I would have said “No”. I am a strong believer that if something is brilliant, it should not be milked to the point of being ruined, as that spoils what originally good about it, but thankfully I am wrong. Really I love being wrong about this sort of stuff, as usually I expect something to suck and 8 times out of 10 it normally does. Thankfully the second season of Stranger Things does not fail at delivering.
Now the question is does it need a third season? Maybe… I am certainly up to the idea, especially if it adds as much (if not more) to the universe as the second did. I would be game for that!

Overall, I really can’t say much, other than if you loved the first season of Stranger Things, then you will love this. Even if you haven’t had the chance to rewatch the first season, this one brings you up to speed instantly and blasts you off on a fantastic adventure through this 80’s (which the show is never short of reminding you it is set during that time) science fiction story.
I cannot recommend this enough, but chances are, if you are reading this, then you would have already watched it, so you already know how good the second season is.